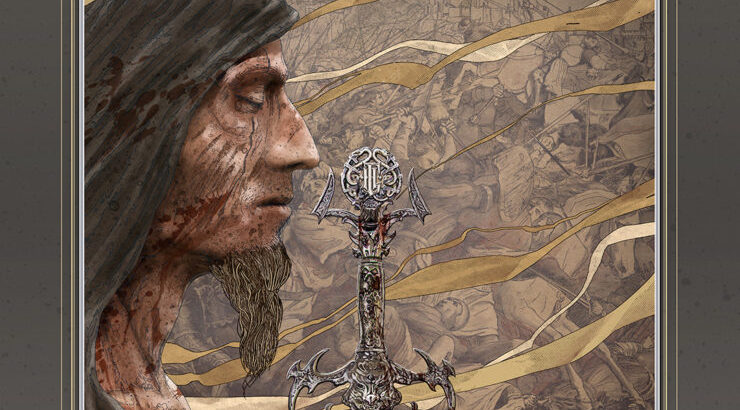 Glass Hammer was formed in 1992 in the US, with their first album released in 1993.  So they’re very well-established veterans in the prog scene.  They tend to change styles after each album or two.  One thing each album tends to have in common, however, is paying homage to historical progressive rock styles.  Somehow this tends to be a controversial choice in the prog world.  Let’s get my opinion on this clear immediately.  The entire history of art – including music –  is one of shared experience and expression.  Pretty much every single musician in the history of music has stood upon the shoulders of those before them.  If musicians did not share tendencies, techniques, and styles, listeners would have a very difficult time even understanding any new music.

Music is a language, and there must be a shared understanding of syntax, grammar, and expressive function.  Yes, it can be a particular delight if someone is able to both uphold the traditions of music (thus making their music intelligible) and also push those traditions in new directions or to new lengths.  But denigrating artists for “sounding like” someone else or for being a “pastiche” of someone from history is, I think, mostly due to a lack of understanding of the history of music.  Mozart was a complete genius, but he did not even consider writing a symphony in a minor key until he heard and was delighted by the work of Hayden’s minor symphonies.  He subsequently wrote his Symphony #25 and 40 in minor key, and those are two of his greatest symphonies.  Prokofiev wrote some of the most brilliant and progressive works ever written, frantically pushing the boundaries of music, but his first symphony was a straight-up homage to the Classical period of composition.

It becomes particularly odd to me when I hear people complain about modern progressive rock acts “copying” the masters from the ‘70s.  Those masters – pretty much without exception – were doing the exact same thing – they were celebrating the glorious music that came before them and, in fact, “copying” it.  ELP’s Pictures At An Exhibition is a straight-up adaption of a well-known Mussorgsky piece.   Jon Anderson listened to the Romantic works of Jean Sibelius and was inspired – directly – to create Close to the Edge and, even more so, Tales From Topographic Oceans.  Yes even opened their concerts for years with a note-for-note rendition of the Grandfather of Prog’s most famous piece – Stravinsky’s Firebird Suite and Ozzy opened with a lifting of the more recent Carmina Burana.

For some reason, modern prog listeners don’t seem to take issue at all with “copying” music – unless it’s copying something from the 1970s.  Perhaps these critics aren’t recognizing classical music, and therefore don’t even understand that’s what the 70s prog bands were doing?  Symphony X gets zero flak that I’ve ever heard about lifting some of Verdi’s Requiem – note for note and with 1/50th the power and passion of the original, I might add – but if Steve Rothery happens to sound like David Gilmour (yes, he does, and thank goodness for that!) or if Roine Stolt happens to sound like Steve Howe (well, sort of, at times, I suppose, but really not a lot) – by all means let the criticisms fly!!  How dare modern artists enjoy music and let the music of their lifetimes affect their artistry!!!!!  Glass Hammer themselves produced two absolutely brilliant albums – If and Cor Cordium – that are very clear homages to Yes.  And, in fact, had Yes produced either of those albums (or the even better follow-up Perilous) the prog world would have absolutely lost their minds.  They’re better than anything Yes has done since perhaps 1974 or 1977.

It should be obvious at this point that I’m saying all of this to prepare you for the horrifying-to-some news that Glass Hammer’s two most recent albums, Dreaming City and the subject of this review- Skallagrim: Into the Breach are once again very clear homages to past masters.  In the case of Dreaming City, it’s mostly Rush that I hear.  With Skallagrim, it’s really as if Rush and Black Sabbath had a lovechild… along with a host of other 70’s hard rock analog-keyboard bands like Deep Purple.  So, if this upsets you and you can’t really adjust your perspective to just hear the music for what it is, you likely will not be able to enjoy it.

From my perspective, Skallagrim is an absolute delight.  Its lyrical story is a continuation of the story from Dreaming City, specifically centered on the hero’s search for his (possibly) imaginary lost love.  It’s a combination of mythology and modern Tolkien-esque fantasy.  But for me the joy comes primarily from the music.  The album opens with a short, piano-led piece that introduces a theme and introduces a new singer for the band – Hannah Pryor.  As with so many Glass Hammer singers before her, she is terrific!  She has the fierceness and attitude of Geddy Lee with considerably more singing competence.  But we don’t really hear what the band has mostly in store for us until the second tune, the hard-edged Anthem to Andorath.  It’s a heavy rock, retro-70s feel for sure, a style that carries through the next two tunes as well (Sellsword and Steel).

As with many Glass Hammer albums, Babb’s bass tone is fantastic – low, growly, rumbling, energetic, and tuneful.  He is a very underrated bass player.  Pryor’s singing on these three tunes is perfectly-suited to the Rush-Black Sabbath-Deep Purple amalgam.  There are moments where more traditional Glass Hammer sounds poke through – like the bridge in Sellsword with multi-part Glass Hammer sounds topped with angular guitars, or the interlude in Steel with a medieval/classical feel.  But overall this section of the album is a torrent of heavy, rumbling bass, analog keys, Sabbath-esque guitar riffing, and Geddy-esque melodic vocal power.    With the next song, Glass Hammer ushers in the second phase of the album.  A Spell Upon His Mind is an homage to Tangerine Dream.  Each of their recent albums, starting I think with Valkyrie, has a little Tangerine Dream-y instrumental piece, and this is no different.

The next song is “Moon Pool”, and this sounds more like an homage to early Porcupine Tree (even the title suggests it).  Those first two Porcupine Tree albums are a throw-back to early Pink Floyd, and this song is essentially a throw-back to that throw-back.  Unlike those first couple of Porcupine Tree albums, however, which become extremely tedious for me, this song does not overstay its welcome.  It’s just a pleasant four-minute interlude.  These two songs provide a nice little break from the onslaught of sound on the album up until that point.  Yes, that means that it’s a nod to the Classical and Baroque composers of the past, who established the tradition of providing peaceful, slower movements sandwiched within the more up-beat, energetic movements.  But it’s a throw-back to classical music, so that’s OK, right??!  And it works!    With the listener having been allowed to regain their breath, the album transitions back into heavy rock territory with the short, heavy instrumental The Dark, which begins with a riff that belongs on Crimson’s Thrak album before reverting to 70s territory with heavy guitar and sweet Deep Purple keyboards.

The Ogre of Archon is next, in full Black Sabbath mode to start, with Rush making its way back into the mix through the keyboard sounds.  The Sabbath sound of this song and Into the Breach that follows is made more prominent with the male-only lead vocals.  Two growly, fun tunes.   The final sequence of four songs celebrates the full Sabbath-Rush marriage with a terrific stretch of music, dominated by potent bass, heavy guitars, and rocking riffs. The Forlorn Hope includes a lovely little Rush-esque quiet interlude with acoustic guitar, The Writing on the Wall includes a little segment reminiscent of John Paul Jones’s keyboard sounds in No Quarter, and the last full-length song is Hyperborea, which is the highlight of the album.  Like the monster closer from Dreaming City, Watchman on the Walls, Hyperborea may be the most overt Rush homage on the album.  The bass, the guitar, the keyboard sonorities – they’re all full-on Rush in style and together it’s all electrifying in a way that Rush hasn’t delivered since the late 1970s.  Right toward the end of the tune we are re-introduced to the opening “He’s Got a Girl” theme, but altered.  Just a brilliant track.

The album ends with a short, fading outro called Bright Sword, serving as a bookend to the intro.  I normally abhor fade-outs.  It generally suggests laziness in songwriting, as if the writer did not have an idea about how to resolve the musical ideas previously presented.  In this case, the fade-out makes more sense to me because the album is part two of a planned three-album set.  I still would have preferred them providing a more satisfying resolution for the album, but the fade-out communicates unfinished business and is therefore thematically appropriate in this case.

All in all, this is yet another high quality release from Glass Hammer.  The sound quality is sublime (certainly surpassing the sound quality of any Rush or Black Sabbath album I’ve ever heard), the story is interesting, and the music is powerful, engaging, and fresh.  It may not have any moments quite as rapturously glorious as Rapturo from the album Valkyrie, nor scale the masterful heights of the albums If or Perilous.  And it doesn’t have the dynamics and classical grace of The Inconsolable Secret.  But it has power, energy, and fun in spades.

There are simply no bad tunes or moments.  It brings together so many aspects of Prog and Glass Hammer into one very entertaining and engaging listen: Moogy and Hammondesque keys, arpeggiated and crunchy guitar chords, rumbly lead bass, tingly percussion, bells, and ripping Lifeson-esque guitar solos.  Time flies by listening to Skallagrim, and I always eagerly anticipate the next chance I get to give it a spin.   I’ve been listening to Glass Hammer for a couple decades now, and they never disappoint.

This review was written by Paul Camilleri