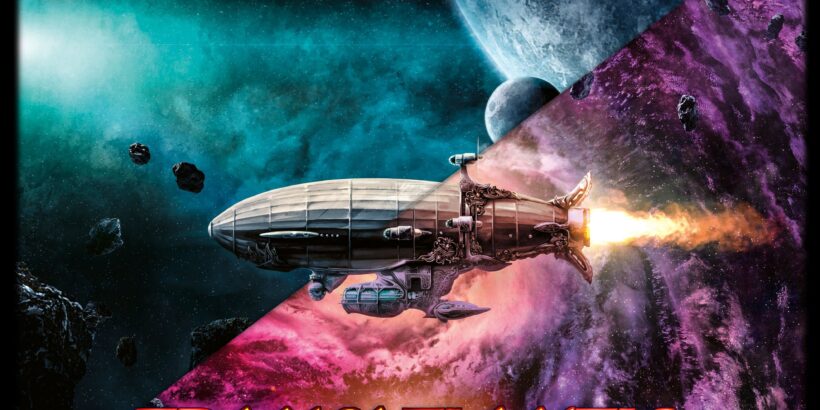 Transatlantic are finally back after 6+ years with not one- but TWO new albums. After listening to both albums, I thought a lot about whether I should write two reviews or just one for both albums. I decided to write a single review, since I feel that both albums share enough common themes and overall creative direction that writing separate reviews won’t do it justice. I feel like both albums tell a single story, exploring it from different directions. These albums are a massive undertaking and a huge success.

So: which album should you listen to first? Well, I started with “The Breath of Life” (the “shorter” version). The overture of the second album feels to me, like a natural continuation to the end of the first one. I think listening to the first one first helps you appreciate the little details in the second one, and how the same melody can be expanded and explored even further.

First of all it’s important to be clear. These are NOT identical albums. It’s very clear after listening to the whole thing, that a tremendous time and effort were put into making this. Some songs have the same titles, and the main musical themes/melodies do appear in both albums. Still, Each album stands completely on it’s own and the interpretations are completely different most of the time. It’s really fun. You could actually listen to both albums back to back in a row and not get tired of it.

Writing this review made me try to listen to similar songs from both albums back to back, instead of just listening to the albums as a whole from start to finish. This way, you can really see how the same simple melody can go off to so many different directions and interpretations. The countless creative options are as vast as outer space. If I needed to describe both albums with a single word, it would probably “uplifting”. These albums bring out great positive energies and atmospheres. I think that fans of any Transatlantic era will find something to connect to, listening to this album. I became really excited about the release of this album after listening to the first single.

The chosen space theme for this album is very fitting. It feels exploratory, and unbelievably uplifting. Both albums are heavily melody driven, featuring all band members as singers at some point. I love all their voices, and think that they fit perfectly in their perspective songs.

Since “The Whirlwind” is one of my all time favorite albums, I naturally compare it to this album. I’d say it’s Like the whirlwind in some musical aspects, but it’s more uplifting. Still, it is different in a lot of ways. For example, I think it’s more musically diverse. Like “The Whirlwind”, listening to both albums feels like a Journey. The beauty is that each album really stands on it’s own, even if they both stand on mutual musical and lyrical themes. The sound of the band keeps evolving, and exploring new territories.

So let’s talk about the first album – “The Breath of Life”. The Overture is a perfect start to this album, although in my mind it’s completely connected with “Reaching for the sky”. These two songs set the mood perfectly at the beginning. Listening to this album from start to finish feels like a rollercoaster. It’s able to pack in a whole musical experience. All the musical themes, occurring and reoccurring throughout the album make the songs flow into each other in a really fun way. It’s filled with moments featuring a whole new side’s to the band’s sound. Transatlantic really stepped up their game with this one.

“The Darkness In The Light” has an amazing groove, and great melodies. “Looking For the Light” has a unique aggression to it, and Mike Portnoy on vocals is a perfect fit for this song. He brings a whole new attitude to the song. It’s definitely one of my favorite moments on the record. “Owl Howl” is so unique and adventurous. You get to hear new sides to Transatlantic you’ve never heard. “Solitude” brings out different emotions and sounds. And finally, “Love Made a Way” is such an epic. It makes great use of the central theme of the album. An emotional peak, and a perfect way to end such an album.

Now, let’s talk about the second album: “Forevermore”: The Overture for this one chose to highlight different musical themes from the ones on “The Breath of Life”. It feels to me like a natural continuation of the end of the first album for some reason, which is why I love listening to it right after the first one. “Heart is Like a Whirlwind” is similar to “Reaching for the Sky”, with different take on lyrics and singers. Love the different melodies and the use of different voices on different verses.

As oppose to the first one, This album, being longer, allows for further exploration of each musical theme, and for the band to go off to many different directions in the same song. It gives great insights into the creative process of the band. “Bully” is a great, and fun transition. “Swing High Swing Low” is such a great song. Very melodic and uplifting. “Rainbow Sky” is one of my favorite tracks on the album. It’s a perfect example of the innovation, both in writing aspects as well as a whole new sound for the band, it’s so cool. “The World We Used To Know” is the trademark of this album. The endless exploration of the melodies, the lyrics, and performance is exactly what makes this album unique.

“The Sun Comes Up Today” features amazing vocal parts. Love the different vocal harmonies. It’s another great example how a specific theme from the album can be taken to completely different creative places. Pete Trewavas is the main vocalist, and is a perfect fit for this song. Choosing which band member sings what is done really well. “The Greatest Story Never Ends” features an amazing acapella section. I love that they’re featuring more vocal harmonies on these albums. “Love Made a Way” closes the album with one of the most emotional parts of the album. The main melody is used here again, in different ways and interpretations. Once again, it’s a perfect way to end the album.

To Sum things up, This album is definitely a huge musical milestone in the bands catalogue. A must hear for every prog fan. An amazing start to 2021.