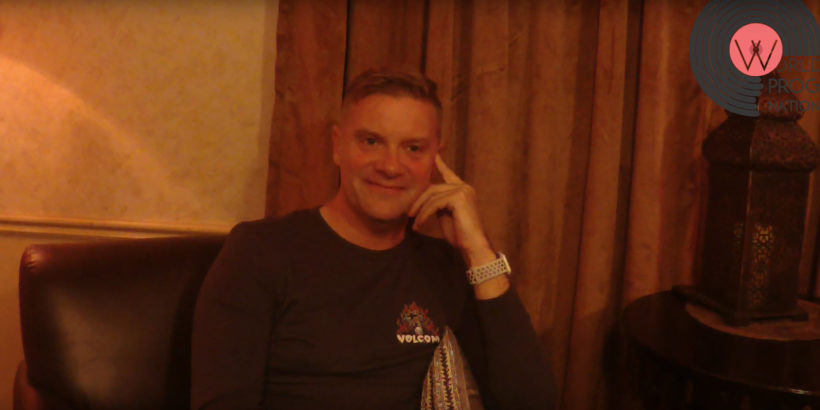 On October 20, 2019, we had the good fortune of spending some time with world-class drummer Craig Blundell prior to his show with Steve Hackett‘s Genesis Revisited at the beautiful Fox Theater in Oakland, California. In this Part 1 of our conversation, Craig tells us how he’s doing and how he got the Steve Hackett job. He shares with us his thoughts on the current tour and gives us his insight on how the Steve Hackett gig differs from the Steven Wilson gigs in several levels from the fans to the music. Craig tells us how he approaches his drumming as he plays iconic parts of one of his idols Phil Collins, while keeping his own identity, and also talks about other musicians who inspire him, past and present. These are just a few of the topics Craig covered in this interesting conversation. Here is Part 1:

On the second part of this insightful interview. Craig shares with us his thoughts on topics that are seldom talked about in music circles. Craig talks about the importance of physical fitness for him as a working drummer, and how staying in shape helps him to be a better player as he looks forward to playing the drums for many years to come.

Craig also opens up with his thoughts and experiences on mental health issues from a musician’s perspective. Such issues include depression, anxiety and feelings of insecurity, and how he has dealt / is dealing with such issues. His is a super interesting perspective as a performer who was thrust suddenly from relative anonymity into the world stage with Steven Wilson, while having to fill the shoes of his drum heroes and friends, and having to deal with social media scrutiny and comments, both positive and negative.

Craig also talks about his future plans including the current Steve Hackett tour, his contact with Steven Wilson and closes with some great words for his fans. Here is Part 2:

Craig Blundell on the web: