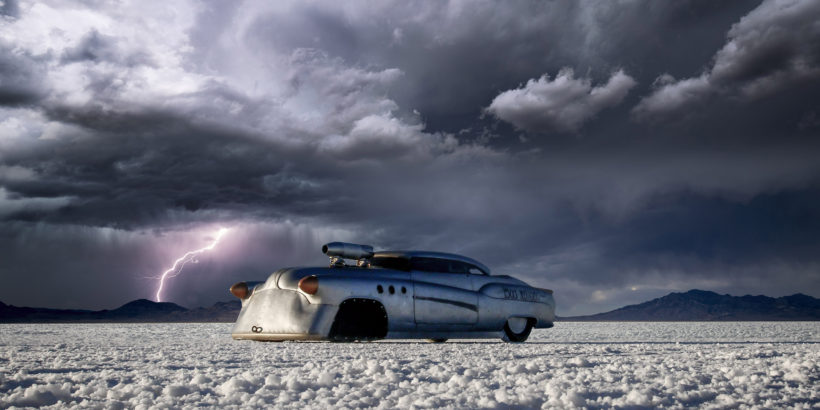 It’s been three years since we’ve heard a studio album from Texas rockers, The Sword, not counting the acoustic version of High Country, aptly titled Low Country. Three years since a split among the fans as the band embarked on a new sound. High Country was a turning point for the band, and their latest studio release Used Future follows once more down the path forged from this album. Pre-ordering is a blessing, as I’ve gotten my hands on Used Future a few days prior to release, and am able to write up this review. As stated before, Used Future follows in similar footsteps to the 2015 release High Country, but with it’s own evolution in sound. Settling more into the new direction. Away from the doom metal and stoner rock the band has previously been known for. Tracks such as the first single “Deadly Nightshade” still have a foot in the sound of High Country, perhaps easing fans of that album into the sounds on the latest release. It sticks out a bit among the other tracks, though. Despite fading into the second single from the album “Twilight Sunrise”. As the album progresses, it shifts a little more towards an easier sound. Hints of their southern roots showing much more than before in the way guitars sound.

Littered throughout the album are instrumental tracks that truly bind it together. A sonic journey down roads lined with trees and fields, gently sloping mountains moving alongside you in the distance. Cruising songs, as I like to call them. Something easily put into the CD player of your car, turned up with windows down, and wind in your hair on a spring or summer drive.

A song I constantly find myself listening to over and over is at the halfway point of the album. “Sea Of Green” is the longest track on the album, at a modest five minutes and thirty seven seconds. An easy going song in the beginning. Drawing upon influences like early Led Zeppelin. Sprinkled with a crying guitar that ties in an almost psychedelic sound to the track.

Lyrically, it is another well-written album. Moving away from the Norse mythology-influenced tracks of their earlier albums (see Age Of Winters or Gods Of The Earth). More longing for brighter, greener days. Versus a possible world in the album in which all land has died and dried up. Leaving wastelands in its wake. I simply wish there was a booklet of them inside the CD. Call me a sucker, but I love reading lyrics and extensive liner notes.

Overall, if you’ve never listened to The Sword, this is the album that I personally believe will make you a fan. If you’re a fan of their older music, this one is much more clear cut in the new direction, and worth a go once more at their new sound. Fans of the last album High Country will find this one an absolute treat for the ears.

Check out The Sword’s website here.
Pick up a copy of the album, or one of the sweet bundles, on IndieMerch. Used Future is set to release officially on March 23rd, 2018.