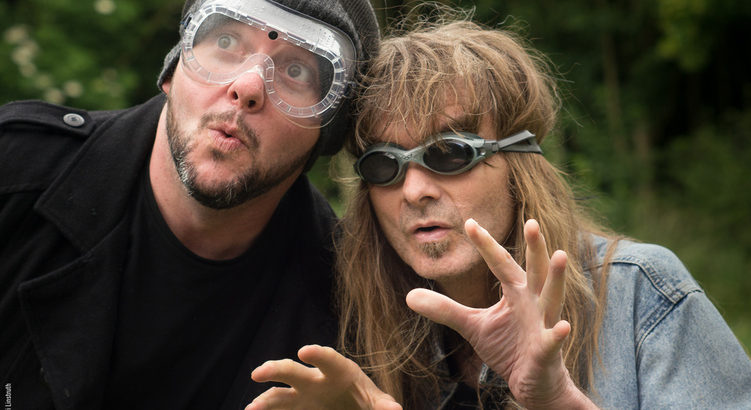 it was revealed today that Michael Mills of the band Toehider is the 4th singer to be featured in Ayreon’s new album, coming out sometime next year. Mills will be playing the role of TH-1, as was announced in a video today of Mills revealing to the fans that he is in fact the new singer.

This is the second time Mills is featured in an Ayreon album. He played the role of the father in the last Ayreon album: “The Theory Of Everything” which came out in 2013. He also sang in Ayreon’s Live performace called “The Theater Equation”: a live show dedicated entierly to Ayreon’s “The Human Equation” which came out in 2004 as The Father and Rage. The show featured James Labrie, Michael Mills, Marcela Bovio, Anneke Van Giersbergen, Magnus Ekwall, Devon Graves,Eric Clayton and many other great singers.

Mills comments: “I feel very honored and blessed to be invited back to the Ayreon universe, and everyone’s been working extremely hard on this, and it’s sounding amazing. actually i’m gonna go out on a limb and say that it’s the greatest Ayreon album ever made. stay tuned to some pretty mind blowing announcements.”

Michael Mills is known for his incredible and extreme vocal range, and many fans consider him one of the best singers in the world.

Arjen Anthony Lucassen, the mastermind behind Ayreon, has been putting out different videos titled: “guess the singer”. Four singers were already announced: James Labire, Tommy Rogers, Simone Simmons and now Michael Mills. it was also announced that Paul Gilbert will be playing as a guest musician.

Check out the announcent here:

this is the last time Mills sang on An Ayreon album, with another video of “Guess the singer” from 2013:

and this is a video showing Mills’ incredible vocal range: