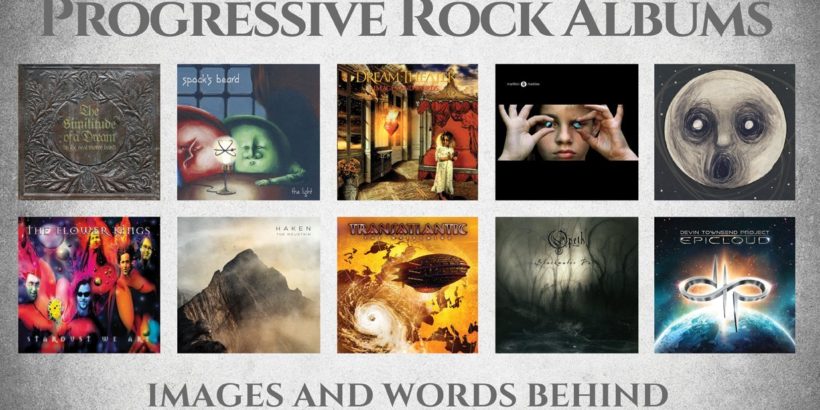 I’m pretty much a Prog curmudgeon.  While there are some newer bands that I do enjoy, most of my expertise and love is for the classic 70’s era.  So it really stoked my curiosity to take a look at what I happily consider the anthology of post-1990’s progressive rock.

The table of contents is enough to make you stop in your tracks.  So many albums I’ve not heard.  So many bands I barely knew anything about.  So many musicians!!!  So, it’s not shocking that I was QUITE overwhelmed with the glaring reality that I really needed to catch up with the modern Prog-scene and get the hell out of the 70’s.   (Well, not totally, but you get my drift).  If you’re anything like me, then this book is for you!

The author, Roie Avin, takes the big heavy-hitters and groundbreakers of the modern era, and analyzes how they’ve resurrected what was a largely dead genre.  A large undertaking to be sure, but he doesn’t disappoint.  Beginning with Queensryche’s album, Empire (which was a massive success and what many consider their finest hour), Roie takes us a journey into the resurrection of prog and its fusion with the metal scene.  The author also explores the genius (and discombobulation) of the recordings of Opeth, Porcupine Tree, Haken, and Riverside, among others.

The detail of these albums is fantastic.  Drawing on interviews given by band members, as well as his own ear, the author presents compelling reasons why these albums changed the music world.   Interestingly, it also discloses the turmoil in the creation of a lot of the albums.  A great example is the detail of Dream Theater’s 1994 Awake album.  The author presents interviews with Mike Portnoy who reveals that the success they achieved after 1992’s Images and Words placed immense pressure on the band for the follow-up.  Add to that Kevin Moore’s announcement that he was leaving the band during the recording, and it’s easy to see the challenge and unrest the band was enduring.

I couldn’t get enough reading this.  Even with the bands I wasn’t aware of, I’d start reading up on an album they were recording and get drawn in.  Next thing I knew, I was scouring YouTube to hear the tracks and more doors were being opened to fresh music.  It was a joy to behold!

Bottom line, I can’t recommend this book enough.  The information can be almost overwhelming because there’s SO much of it out there!  The author did a fantastic job in research and presenting his opinions, and I urge anyone who has an interest not only in the music, but the detail of these albums, to grab this.  You won’t be sorry!