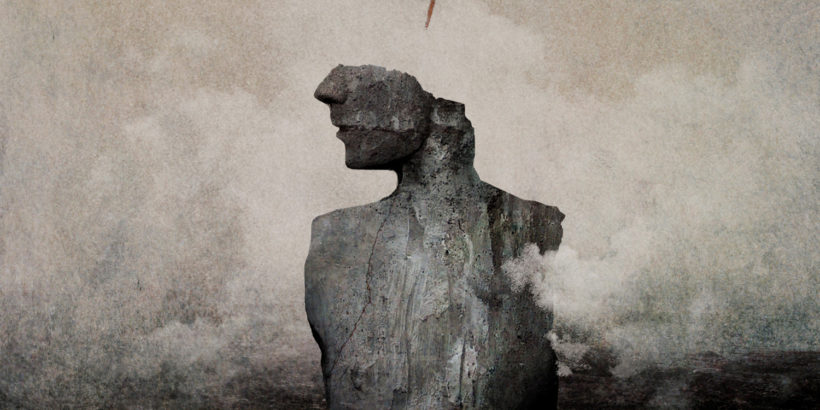 “I remember the moment when we officially announced that we would continue as a trio, We were doing a photoshoot at the Polish seaside. I said to the guys, ‘Let’s remember that this is just the beginning. Many of our fans can’t imagine an album without Grudzień and for some of them the band ceased to exist when he died. We have to prove that we are able to survive not only by playing concerts but, most of all, by recording a new album.”

Riverside is moving on as a trio, after the tragic passing of their guitarist- Piotr Gruzdiski. After listening to their new album, I feel that this album is an introduction to the band’s new identity, and a very powerful statement. The role of a guitar player in a prog band is pretty big, and the sound of Gruzdinski definitely helped define the signature sound of Riverside. So, I was pretty curious to see where would the band go next. After hearing this album I can say that it really does mark a new chapter in the band’s life. I feel that Piotr is missed in certain moments but overall I really like the atmosphere that this album creates.

This album really surprised me. I wasn’t expecting to hear this kind of Riverside. It is a good thing that, after 6 albums, a band can surprise in such a way. I was expecting the album to be heavy, and more similar to “Rapid Eye Movement”, or “Second Life Syndrome”.  The album was actually entirely different, probably from anything that they have ever done. sure, it has its heavy moments, but I’d say it’s like a combination of their 2 previous releases with heavy moments here and there.

The guitars on this album are obviously different but are still able to create a whole atmosphere around the song and pull the listener in. The album has many deep moments and is very intense at times. You can hear there’s a lot of emotion put into this record which takes the listener into an emotional roller coaster.  I think it also breaks new ground with certain songs that we never heard anything like them before from Riverside- like “The Struggle for Survival” which is the album’s epic track.  The song is a 9 minute instrumental that takes the listener to all these different places and is really interesting!  Riverside has never written a song like that.

To tell you the truth, I love Riverside and it’s hard for me to be objective. I loved the album, but at the same time I know it’s not the return to their heavier sound. If you liked their latest album “Love, Fear and the Time Machine”, I think you’ll love this one. It’s similar but with a twist. It has heavy moments and things that are totally different.

So let’s go over the tracks:

To sum things up, this album is an appropriate continuation to their latest work. I feel that the band was trying to reinvent themselves in a way with this album. Most of the time it’s the same Riverside we know and love, but sometimes it sounds completely different, and that’s impressive. It’s a very bold statement, showing their fans that they’ve decided to move on, and create something new.