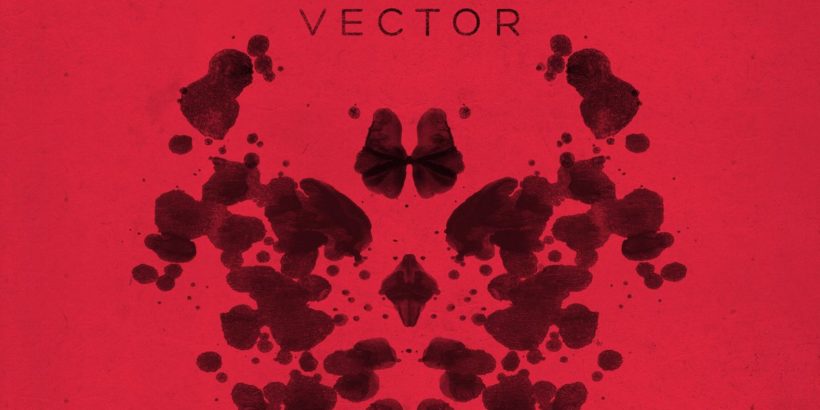 When Haken revealed the new album’s concept and artwork, I was immediately intrigued. I love concepts that delve into the human mind and seeing Haken going in that direction was really exciting. After seeing the track list, the only thing that concerned me was the total running time (44 minutes), which to me seemed a bit on the short side. One could argue that quality is definitely better than quantity. Also, there is certainly no shortage of bands who write music just for the sake of writing with no real depth, but seeing Haken tackle such a huge, deep concept made me wonder if it was possible to do it justice in 44 minutes.

Well, my concerns were for naught! I think that the concept is laid out perfectly within these 44 minutes. The average Haken fan can complain that this time the dose of their favorite band is too small, but one thing for sure, it cannot be said that the album feels unfinished in any way. Vector is an amazing conceptual achievement.

I have listened to Vector many times. I always try to listen to these albums as many times as I can (without overdoing it) so that I can write these reviews knowing the songs pretty well. It’s too early to say, but at this point, Vector is the Prog album of the year for me. There are many standout songs on this album and it also feels that all of the songs work really well with each other. Even though the album has a definite style to it throughout, it’s still diverse and manages to draw inspiration from many different styles and artists. Haken is definitely in its prime, with the musicians doing what they do best.

Vector, like previous Haken albums manages to really innovate and bring new musical aspects to the table and it’s by no means a step back. Do I like this album more than Affinity? Right now yes, but I think that is because I’m into the more Metal elements of Haken. If you’re into Haken because you’re a fan of their more atmospheric ballads, you might like Affinity more. The guitars on this album are HUGE and the drums are unbelievable. This is Ray’s best performance to date. The vocals are amazing, and the lyrics manages to really pull you in. The vocals aren’t as dominant in the mix as I would want them to be at certain times, but overall the mix is very well done, and I’m excited to see Nolly and the band continue to collaborate in the future.

OK, so let’s get into the tracks:

Clear: A short piece, featuring an electric organ. It sets a sinister, dark mood for the next track

The Good Doctor: I really liked this track when it came out. The main verse riff is amazing, and the bridge is really great. Also, I think that the way Haken tells the story through this track is really interesting.

Puzzle Box: You all know this one too. This is a very aggressive and very eclectic song. I really like how the song’s direction travels to many places.

Veil: This is definitely one of the standout tracks. It’s an amazing epic. The chorus is amazing, and the way the melody interacts with the heaviness of the riffs is really cool. It has orchestral elements, melodic elements, heavy elements and atmospheric elements. It’s very diverse and moving. It goes to so many cool places. Definitely one of the highlights of their career.

Nil By Mouth: HOLY SH*T. this is one really incredible song! The way the song is structured and the style of the riffs is unlike anything Haken has ever done. The song is aggressive, really fast, and delightfully confusing because of all the different time signatures. A really adventurous composition.

Host: This is an amazing ballad, and one of the best songs on the album. I’m not sure why, but there is something about this song that just pulls the listener in. Host is a hauntingly beautiful composition.

A Cell Divides: This song was a real surprise for me. I was sure they were going to end the album with some atmospheric ballad, but NO. This is a very cool energetic song, with an amazing, really catchy chorus.

To sum things up, in my opinion, Haken did it again. They managed to release an amazing, deep album. I really hope I get to see them play it live. Everything in this album clicks. The heavy style, the concept and the lyrics all work together really well.