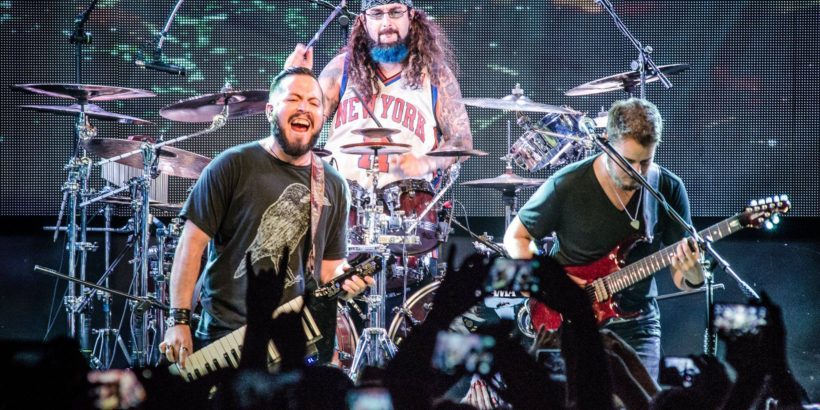 By Yarin Cohen for World Prog-Nation

A few years ago I saw a video of HAKEN playing with Mike Portnoy. They actually played Dream Theater’s “The Mirror”. I remember thinking how lucky we fans are for attending that show. It was such an amazing performance with great execution, and incredible playing by HAKEN and Mike. You could just feel every hit, and every little nuance. It was amazing. So when I saw the announcement of the tour, and that Israel was in the list I felt like the luckiest man in the world. One Of my favorite bands playing with one of the founding members of Dream Theater- The band that got me into prog. It took 20 seconds for me to buy the ticket, and all that was left to do was wait.

One of the most important things I feel I need to mention is that regretfully, I’ve never seen Dream Theater playing with Mike Portnoy.  After experiencing The Shattered Fortress, I can finally say- This is my closure. Mike Portnoy was such a huge part in Dream Theater’s history, and because of that, he is a huge part in my musical experiences. He’s my favorite drummer. I never miss a chance to see him play live. there’s no other drummer with a stage presence like him. Finally seeing him play those songs, which are a huge part of my life, and seeing him embrace that part of his life for the first time in 7 years was astounding and has been the greatest show I’ve ever experienced.

Let’s talk about the setlist: One of the many things that Portnoy excels at is picking songs for a setlist, so I knew that this time it had to be pretty special. He obviously had the 12 step suite in there, and songs that he wrote the lyrics and melodies to. The setlist mainly comprises of songs from Scenes from a memory and the 12 step suite, which I felt was perfect.

Mike seemed really into the music and his stage presence and the way he plays live is unbelievable. He interacts with the audience. He stands up when he plays, and basically he seems to be having a lot of fun.  Eric Gillette played all the solos without missing a note, as usual. He really is one of the most impressive musicians I’ve ever seen live. His vocal performance on “The Root Of All Evil” was also amazing. HAKEN, as always were incredible and they are the perfect band to be playing these songs with Mike.  They’re probably my favorite band at the moment and everything they do continues to amaze me. Everything clicks with them. The very talented Ross Jennings on vocals, takes on Labrie’s parts, bravely- executing them perfectly. The unbelievable guitar duo of Richard Henshall and Charlie Griffiths. You could really feel their playing in every note. The incredible Conner Green. He’s one of the best players I’ve seen live. his presence on each song is very dominant. And of course the great Diego Tejeida on keys. Every one of his solos were incredible, and his playing and sounds fits perfectly. I know I can’t see Dream Theater playing with Portnoy, but this is definitely the next best thing I could ask for.

I did notice that Mike was pretty bummed about a failed screen situation- the first half of the show was without the main screen showing cool stuff and lyrics related to the songs. Mike issued an apology the next day to the fans. So I also wanted to say that The fans in Israel were NOT in any way, disappointed. We’re thankful enough for Mike to come play here and the fans had an amazing time. The only reason we’re bummed is because Mike is disappointed. We know the screen is a part of the experience, but the experience is amazing enough as it is, there’s wasn’t one fan disappointed in any way.

I actually discovered Dream Theater, by hearing their 9th album “Systematic Chaos”. I used to watch Chaos In Motion on repeat. So, one of the most exciting parts of the show was the beginning, where Mike chose to play the same intro before going on stage, a soundtrack taken from Hitchcock’s famous film Psycho. Seeing him getting onstage with this intro, immediately starting to play “Overture 1928” was amazing.

The band continued with Strange De Ja Vu, The Mirror, and then went on to play the main part of the show- The 12 step suite. They went through the entire thing without any breaks, playing it perfectly. After that they played Home, Dance Of Eternity and Finally Free. Finally Free, has been in my opinion the perfect closure to this show. not only was it executed flawlessly, they reused the live outro that was performed back in 00′ when they played the full album live every show.

It was also very poetic that the last sentence in the show is: “We’ll meet again my friend… someday soon…”. It was the first time that i was in a show, front row, with people squeezing me from everywhere, and I still got goosebumps when that outro kicked in.

To sum things up: This has been an amazing experience. It’s definitely a piece of prog history and everyone who calls themselves a Dream Theater fan should find a way to go to one of these shows, because it’s probably the only chance you’ll get.  I’ve  accepted the fact that I would probably never see Dream Theater playing with Portnoy. I accepted that I probably won’t even see the 12 step suite played in it’s entirety, even on DVD. BUT,  I got to see MP play this epic monster LIVE, and maybe not with DT but with one of the best prog bands in the scene today. 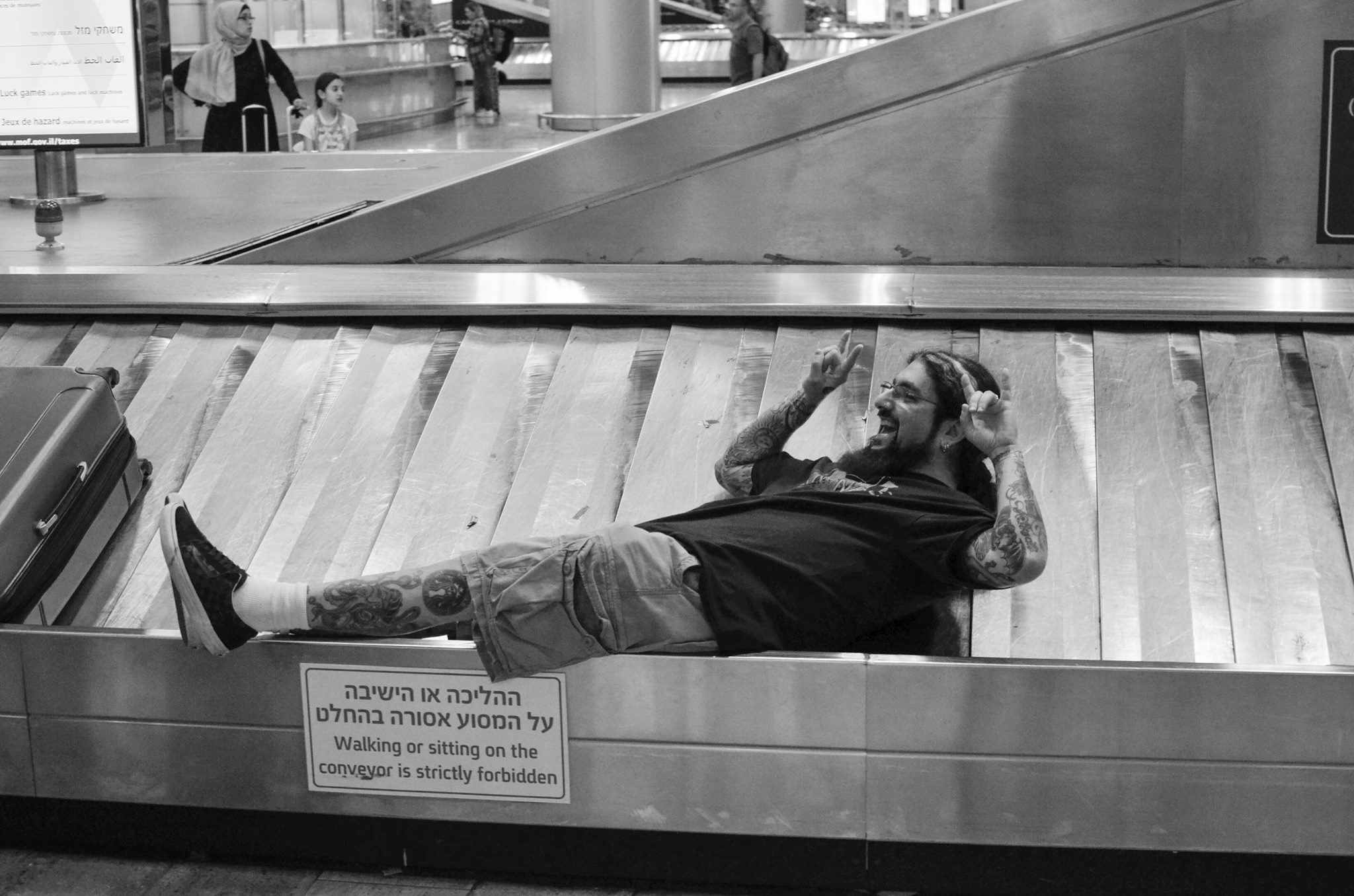