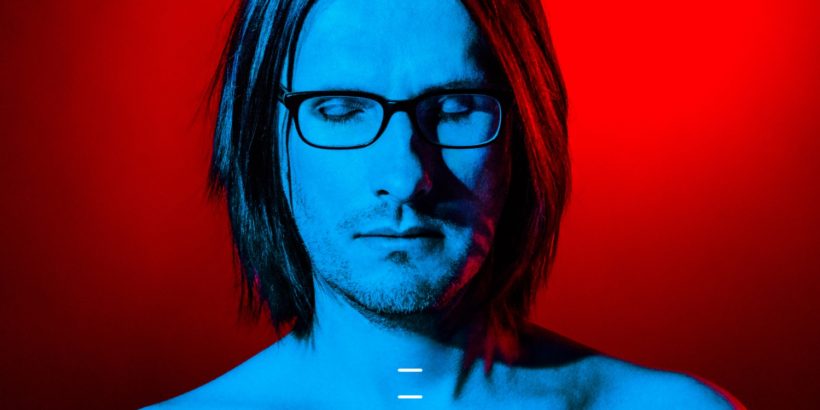 By now, everyone has heard about the “controversial” fifth studio album by Steven Wilson, To The Bone. The very album that has split his fans down the middle. One side loves it, while the other side despises it. It started well before the release. A pop record? By one of progressive rock’s titans? I knew of his history with pop artists of the 80s (Kate Bush, Peter Gabriel, Tears For Fears, etc), but wasn’t so sure how he might incorporate that part of his musical DNA into an album. We’ve heard bits here and there on previous albums like Hand. Cannot. Erase. and the EP 4 1/2, but… I was hesitant. That was, until it fell into my lap for reviewing purposes.

Since then, it’s been one of the mainstay albums I listen to in the car. Yes, I do a majority of my music listening in the car.

With his foray into a completely new genre, and being signed to a brand new label, Steven Wilson has done an excellent job mixing his various influences with his style of music. Keeping with the idea of every album being different from the last in his solo career. If I were to introduce someone to his music for the first time, it would be with this album. Unlike the four (and a half to get the joke out of the way), it is much easier to digest. Perhaps it will be the album that pushes his music from underground into the mainstream. Let’s start from the beginning, shall we? The album opens with the title track ‘To The Bone’, starting with a spoken word piece that sets the loose idea behind the album he’s mentioned in interviews. Followed by a powerful blues harmonica and guitar. It holds a similar sound to what we hear on 4 1/2 in my opinion, which I will elaborate more on at the end of the review. Melting into a more melodic sound towards the end of the song. It leads into the slightly more poppy ‘Nowhere Now’. One of my favourite tracks on the album, actually. A song that is easy to listen to, and you might find yourself singing along with. It is more of an uplifting track, instrumental wise, despite what some of the lyrics might suggest.

The mood is brought back down with the first song we were graced with from the album, ‘Pariah’. Featuring the powerful voice of Ninet Tayeb once more, it is a powerful duet between her and Steven. A track meant to reflect what many might feel in this age of technology. As usual, Ninet’s vocals give a powerful feeling to her words. There’s always at least one tear-jerking track on his records for me, and this song happened to be it. Following it is ‘The Same Asylum as Before’, which was another one of the myriad of singles that were released. Opening with Steven singing in a falsetto, it is a song I believe is made for radio. With heavier guitars and a catchy melody, it’s meant to get stuck in your head. Once more, the mood is brought back to earth with the song ‘Refuge’. A moving track, written through the eyes of someone in a camp. Standing at nearly seven minutes long, it isn’t along the same lines of pop from the previous tracks.

In contrast to the darker track before, ‘Permanating’ is the love child of ABBA and ELO with a bit of Steven thrown in there. This is the very track that turned a good number of people off from the album. It’s actually my favourite track, and yes I know you’re judging me right now. It is by far the happiest song Steven has ever written, with Jeff Lynn-style piano playing, and the obvious love for ABBA shining through. It’s a dance track. A feel good song. Pure. Pop. Everyone’s cup of tea? Definitely not, but I have a soft spot for feel good music.

As it seems to go with the record, every brighter song has a slower song after. ‘Blank Tapes’ is a track that once again features Ninet Tayeb. A song about a relationship at it’s end. A track that could have been a B-side on Grace for Drowning at points in the short amount of time the song plays. ‘People Who Eat Darkness’ is a faster track, beginning with some quicker riffs and snare hits. Perhaps I am alone in this, but I got a slight Mute Gods vibe from it. There are elements reminiscent of later Porcupine Tree between the verses (think along the lines of Fear of a Blank Planet and The Incident). For a song about being in the dark, it is a companion to the next track ‘Song Of I’. One that off the bat made me think of two things. Depeche Mode meets ‘Sleep Together’ from Porcupine Tree’s Fear of a Blank Planet album. A slow, sensual song about the darker aspects of a relationship. One that is unhealthy in nature. Swiss jazz-pop singer Sophie Hunger joins Steven with a smoky, seductive voice that is fitting to the song’s tone.

The next track ‘Detonation’ is perhaps the one song on the album that could be considered progressive, in a sense. Standing at nine minutes, it deals with the problem of religious extremeism, with some hints of how certain political parties seem to handle the situation. It’s a powerful song, given what England has been through the last few months, along with the rest of the world. It weighs heavy at the end of the album, and holds some of the more prog-centric guitar playing and drum work. Some of the best on the album.

The album finishes with a beautiful track called ‘Song Of Unborn’. A song, perhaps, for the younger generations and the children to come. It has similar vibes to ‘Happy Returns’ from Hand. Cannot. Erase. and ‘Like Dust I Have Cleared From My Eye’ from Grace For Drowning. It is a classic Steven Wilson song, in terms of songwriting and set up. With the song ending with the lyrics “Don’t be afraid to die, Don’t be afraid to be alive”, it is a perfect ending to this album. Reminding those of us alive in this insane world to not be scared to live, despite all the terrible events in the world today.

All in all, Steven Wilson has taken a leap into a new genre, and managed to dominate it with his own flair. The sets of singles released before the album do not do it justice, since they make more sense in context with the rest of the tracks. Many people are upset that it isn’t the usual progressive music we’re used to hearing from him, and that’s okay. This album isn’t for everyone. From how I see it, To The Bone is a natural progression for him. From the more electronic sounds on Hand. Cannot. Erase. to the slightly more rock-oriented and almost catchy tracks on 4 1/2, it seems to be a natural step for him. We’ve seen this evolution coming for years now, even with the last Blackfield album.

So in the end, I say give To The Bone a listen.  Give it the chance it deserves.  It might take a few listens through, but it is a good album. One of his best? In my opinion not really, but it’s in the top three for me (alongside Grace for Drowning and The Raven That Refused To Sing (And Other Stories)). The singles that have been released make much more sense in context to the album, which is why I reserved judgement until I heard it from cover to cover. I only have one question…

What took so long for his ABBA influence to finally show?

To The Bone will be released by Caroline Records on 18 August 2017. To pre-order your copy of the album, head over to Steven Wilson’s page HERE.