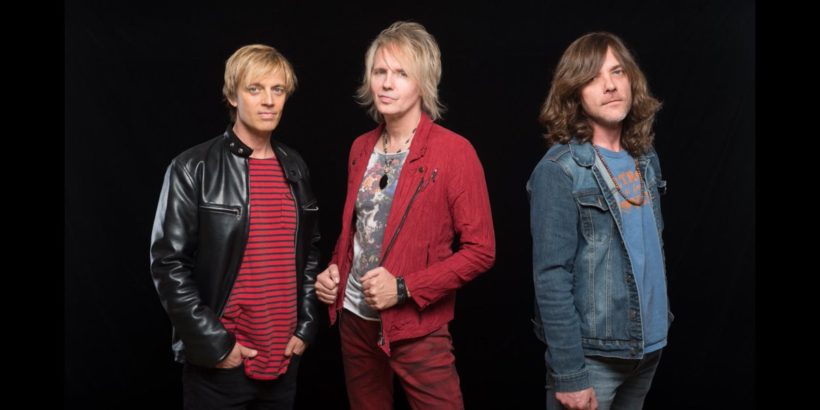 Cosmosquad has been a musical force to be reckoned with for the past 20 years. With five albums (four studio, one live) and one live DVD under their belt, Cosmosquad’s instrumental compositions and performances ooze musicianship. Led by virtuoso, genre-defying guitarist and composer Jeff Kollman, Cosmosquad released its latest studio album, The Morbid Tango in early 2017. World Prog-Nation‘s own Afridi Majeed jumped at the opportunity to listen to the album, his very first by Cosmosquad, and shares his thoughts with us!

The captivating cover art of The Morbid Tango

The tale of Cosmosquad is a prime example of the perseverance required to taste success, if ever there were one. It all played out like the script of a movie. Three determined musicians – minds brimming with ideas and flames in their hearts burning with the desire to express them – have a chance encounter at a studio in Phoenix. The year was 1997. They were young, with high spirits and higher ambitions.

Guitarist Jeff Kollman is as much a maverick in all other musical aspects as he is with his instrument. Straying off the beaten path of being a session musician allowed him to gain some useful insight. He had learned the ropes of founding and establishing a Progressive Metal band of his own, Edwin Dare, earning himself a sizable following in the Mid-West.

Being at the helm of a solo project might liberate one of having to take inputs from others where musical direction is concerned. On the other hand, not having a sounding board to bounce one’s ideas off of can hamper the creative process. With a handful of his own solo ventures already released, Jeff was all too familiar with that side of the coin as well.

His accompanying musicians, drummer Shane Gaalaas and bassist Barry Sparks (old Edwin Dare friend Kevin Chown holds the bass chair nowadays), could boast of playing alongside the likes of Yngwie Malmsteen and Michael Schenker. They were yet, however, to dip their toes into releasing their own material. Meeting Jeff stoked the flickering of curiosity within them, creating the perfect storm that is Cosmosquad. 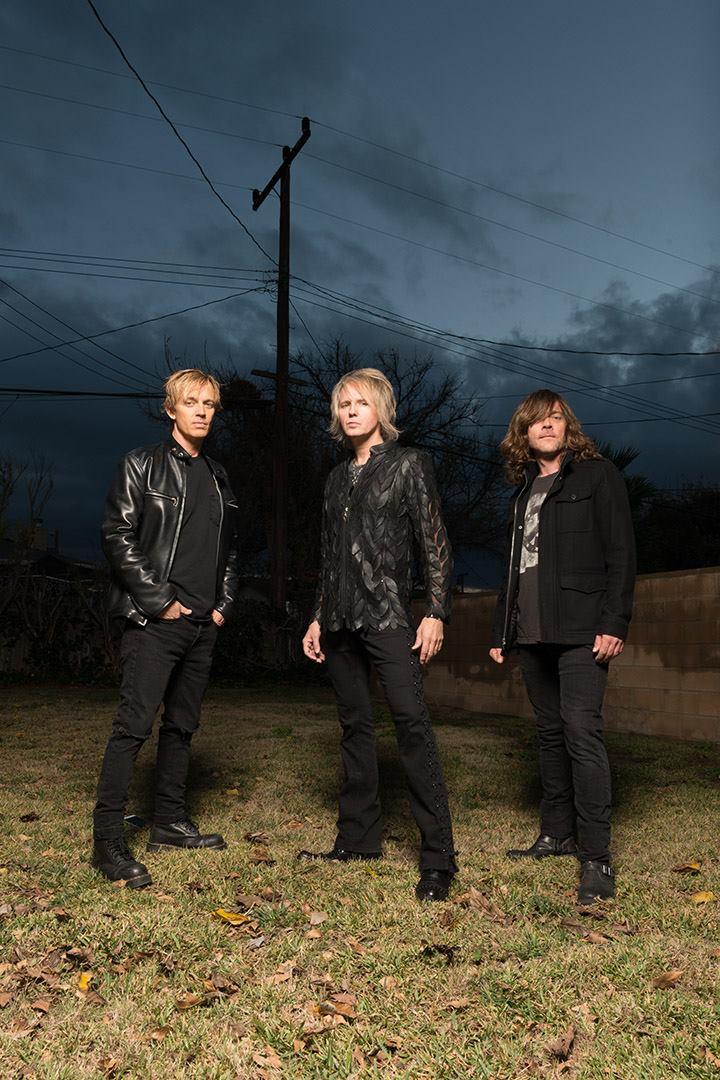 As the years elapsed, the band had a revolving door when it came to bassists. This did not deter them in the least from their plans. Soldiering on, they released one masterstroke after the other, outdoing themselves each time. With their latest release, The Morbid Tango, they have reached a new high point.

From the instant the music hits one’s eardrums, a curious listener at a record store (remember those?) would immediately know that they are listening to a piece of excellence. The album commences with the title track, playing a Spanish-style acoustic guitar piece, as tranquil as the winds of the zephyr.

Anyone attuned to Metallica’s Master of Puppets album will note its stark resemblance to its opener, ‘Battery’. The infuriated trouncing of a wall of guitars stampeding right at us following this draws a parallel, strangely enough, to ‘Damage Inc.’, the closing track of that same album. It proceeds in this vein until Kollman gives it a life of his own with a solo that drips tears of poignancy in every note.

If you listen closely, the music in ‘Cyclops’ narrates a story. The sepulchral guitars portray a Cyclops awakening from a state of catatonic sleep, lasting many years. Lighter, more buoyant, higher-pitched strings give the impression of it being morning outside, with birds chirping and butterflies fluttering. A sinisterly calm riff pervades the atmosphere, as he makes his way down the mountain, villagers below unaware of his looming nearby.

In sync with the story being told, the upheaval goes rampant as the band launches into an assault, all cylinders blazing. With the obliteration complete, the Cyclops is avenged for being put to sleep by the now demised villagers’ ancestors. The music once again takes on an unsettlingly funereal hue.

This short story yields to ‘The Ballad of Rick James’, a complete departure from the predominating shades of aggression. A riff as simple as the time it draws inspiration from, harks back to psychedelic music of the ‘70s, creating an instantly uplifting milieu.

Anyone who’s been involved in a brawl can relate to ‘Anatomy of a Beatdown’. Arpeggios mimic biting insults being exchanged in the subtlest of undertones. A sudden ingression of palm-muted debauchery takes a swing before being pulled back like the friends of two men in a heated argument. They cannot be restrained for long, as it is the anger that ultimately triumphs in the end before all goes silent.

After a strong first impression, ‘The Crosses’ is clearly the outstanding track of the mid-section. Not wanting to miss out on the action, Gaalaas gives the drums a chance to shine among what had till now been one tantalizing riff assault after the other. Starting off with a substantially lengthy solo, he gets our feet tapping to his acute sense of groove. The guitar plays second fiddle this time, strings slowly being bent as far up as they can go. Howling with passion, the melody section adds a haunting element to the percussion. 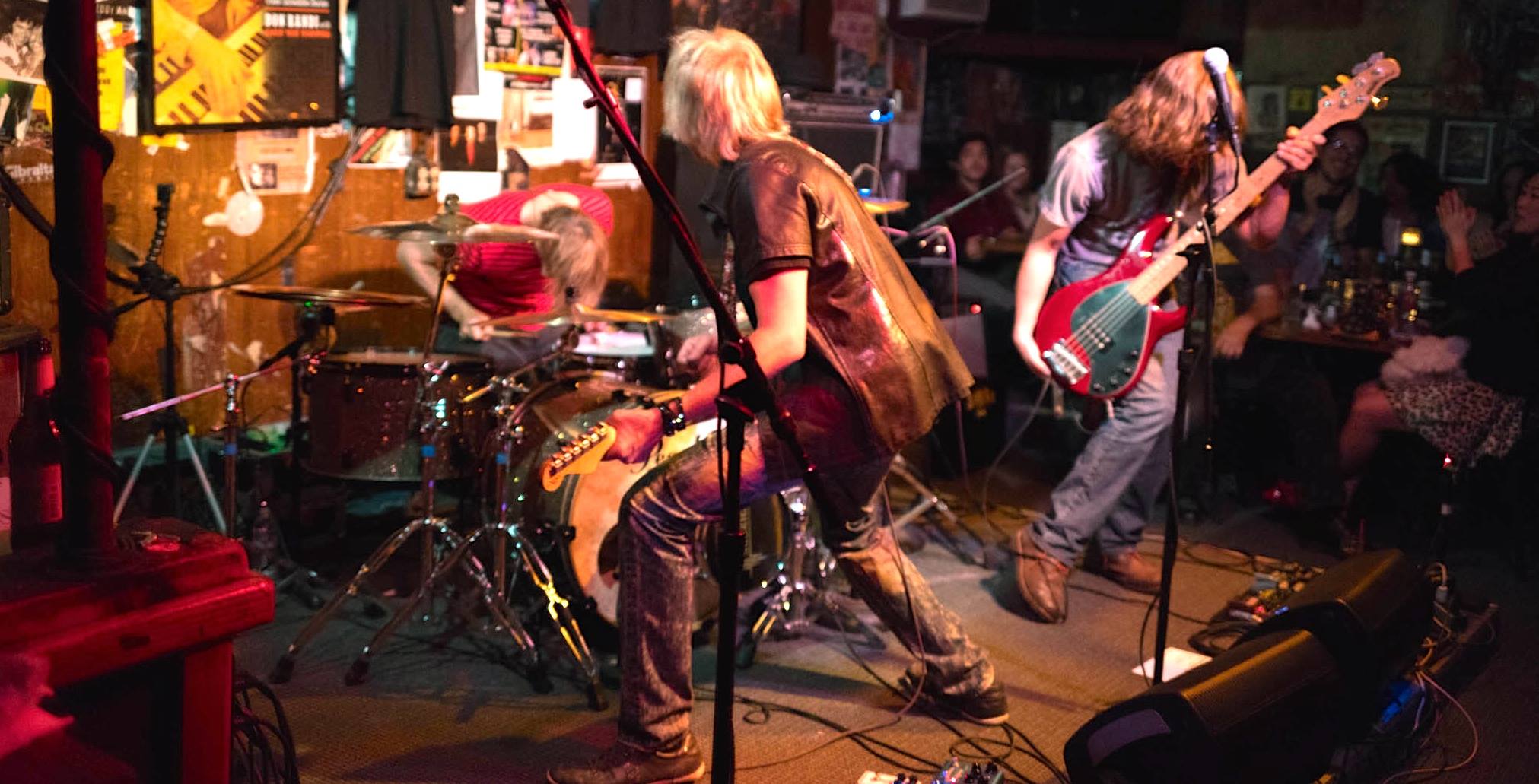 The Cosmosquad boys in their natural element

With a name like ‘Still Life’, one cannot help but hope it will sound like its namesake, a timeless masterpiece of an Opeth or Iron Maiden album, however, Cosmosquad makes no tributes to other bands here, and yet creates a masterpiece. Digging the pick deep between the strings of the acoustic guitar, a pleasant chord is strummed only once. A leisurely solo soothes our nerves, telling us that there is no need to rush. Every little slide across the fretboard ends with an impassioned dash of vibrato, prolonging the life of each lingering note.

A restful, majestic riff makes an entrance, flanked by the light, precise tapping of cymbals. It makes one feel as if they are studying their surroundings by a lake, in a park that has all possible shades of green. Palette in one hand and brush in the other, this moment in time gets framed forever on the canvas.

‘Beyond Death’s Door’ takes us on a two-fold journey before the album comes to a close. The somber tone of the acoustic guitars and heartrendingly tragic solo are like the background score of a funeral procession. Someone of great nobility and esteem is being carried off to their final resting place.

In the reprise, it appears that they have been taken to their sanctum, finally finding the peace they had been in search of. The guitars take on a radiant flair, filling us with hope. Drum rolls akin to those played during the burial of a soldier accompany a tempestuous farewell solo before the subject’s ascension to Heaven. As the track ends with the same acoustic riff played in the very beginning of the album, it brings the story to a close right where it started.

Seldom does a band that had earned its stripes more than two decades ago, manage to still retain its sheen. Cosmosquad is like a divine fruit that only ripens with age. One can only wait in anticipation for the next release to see how they could possibly top this zenith of their discography.

Purchase The Morbid Tango and other Cosmosquad and related music: