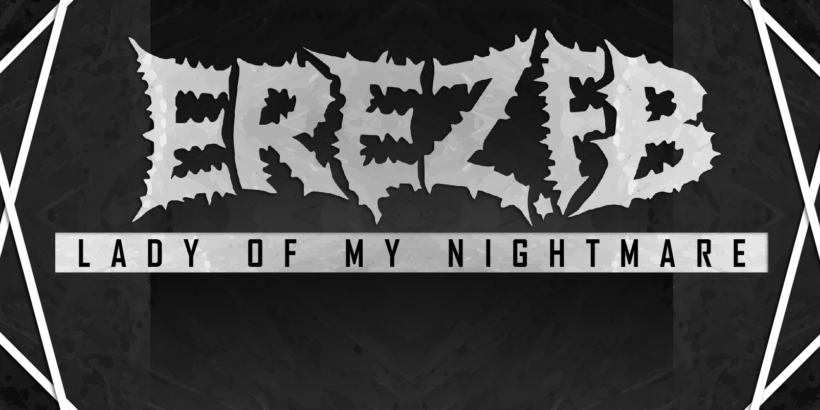 Today we get to review a great album by a new artist in the Prog scene Erez Shmaiovich, called Lady of My Nightmare. This album made me realize that we should review a lot more albums that deserve exposure. I got the album a few weeks ago and had the chance to listen to it a few times. I decided to take the time and write a review once my opinion will be solid. This is a great album, that all of you should check out. Basically, I think this is a very impressive first release.

Lady of My Nightmare is a concept album inspired by Ayreon albums, Dream Theater albums and more. We hear all kinds of influences in the music and lyrics. ranging from Ayreon (very similar) to Tool and Dream Theater. Actually the riffs remind me of Ayreon quite a bit. The style and the progression of the different songs definitely give off an Ayreon vibe, but with a twist. after hearing the album a few times, and starting to get all of the different melodies and overall impression of the album, I can say that the songs are really adventurous.

The album also features great male and female singers. songs like “A New Future”, and “Escape Your Love” actually remind me a lot of “The Human Equation”. ” Constellation” is a song that sounds like classic tool. It’s very rhythmic and catchy. Definitely one of my favorites on the album. I was very Impressed by the production of the album. Erez managed to achieve something that artists only achieve in their second, third and even fourth album in terms of sound, production and composition. It all sounds well rounded and experienced.

The album has a lot of heavy moments and soft moments. I think that overall it’s pretty well balanced. It clocks in at 63 minutes. It’s not too short nor too long. It doesn’t feel like it goes on more than it should. The closing song also gives a proper ending to the story and the album.

to sum things up, I’m pretty impressed. it’s really hard to write a big, complex concept album like this as a first album. Personally, I think that for the next one Erez should focus on expanding his sound to make it his own, and a bit less Ayreon influenced, or Tool influenced or Dream Theater influenced. these bands will always be a part of his sound of course,  but I think that this album shows the potential of what he can bring to the table, that’s completely new. So go check out his album, and tell us what you think in the comments.