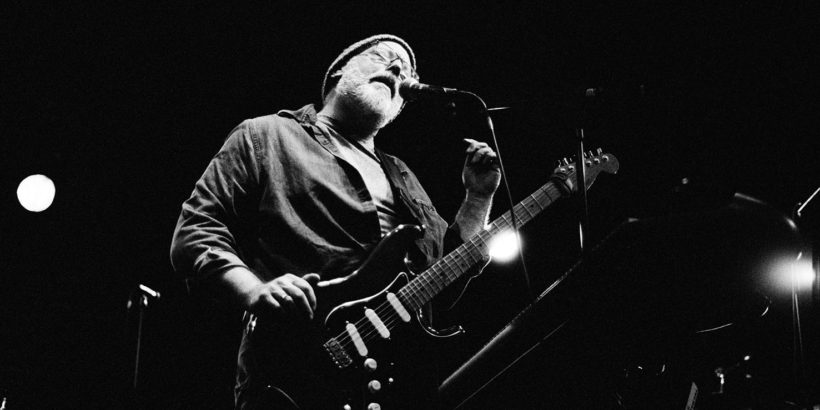 We recently had the opportunity to talk to composer, producer, vocalist and multi-instrumentalist Mike Keneally. If you’re not familiar with Mike, Bill Meredith of All Music guide summed it all up nicely: (Mike) Keneally is the leading progressive rock genius of the post-Zappa era. Mike is best known for being part of Frank Zappa‘s last touring band where he was tasked with playing “Stunt Guitar” (a position previously held by Steve Vai), for playing with Steve Vai, Dweezil Zappa, and for being a long-time member of Joe Satriani‘s touring band. During Mike’s long and prolific career, he has collaborated with several of music’s best, including Marco Minnemann, Bryan Beller and Metal band Dethklok. Mike has also released a number of solo albums including his latest, Scambot 2.

This is a very interesting conversation where Mike talks about his present and recent projects, what inspires him, and what music he is listening to nowadays.  Many thanks to Mike for taking the time to provide thoughtful and insightful replies to our questions. We invite you to delve into Mike’s extensive body of work starting with his latest release Scambot 2.

WPN: Your new album, Scambot 2, is out now and is a favorite of ours. Can you tell us about the writing process for the two Scambot volumes so far? What inspired / inspires you when it comes to the story line? Is it autobiographical in nature?
MK: I’m really glad you like it! The initial inspiration was a drawing I did in a sketchbook of the main character – I thought of the name, and then drew the character to match what the name brought to my mind. I draw a lot of weird stuff, but something about that character, who emerged spontaneously without any forethought or intent, was really intriguing to me and I started imagining elements of a back story, which led to me deciding to make a long-form narrative piece, and finally the decision to do a series of albums. I started creating a lot of music before I had very many of the narrative elements in place, just inspired by this basic idea of “Scambot” (whatever that was), and gradually the music began to suggest specific plot ideas, which would then inspire lyrics, which would then inspire more music, etc. etc. All the different elements slowly nudged each other forward. There are undoubtedly elements of my own life, beliefs, career etc. built into the machinations of the plot, but my main inspiration throughout has just been to develop and advance ideas in a way that is entertaining to me, and particularly in Scambot 2 to advance some fairly idealistic notions about life. On another level, the whole story is meant as a reminder to myself to meditate more often, something I’m still struggling with. Why should it be such a challenge to schedule time each day sit still, breathe and clear one’s mind? But it really is!

WPN: The Scambot saga will come to a conclusion with Scambot 3. How is that project going?
MK: So far, not at all! But it’s by choice. I took a number of years between Scambot 1 and Scambot 2 to work on other projects, and I intend to do the same at this point – it works best for me to take a nice long breather and allow ideas to germinate. At some point the need to work on the final installment will become overwhelming and necessary, but for now I’m happy to take a break from the Scambot world and see what other projects bob up to the surface. I’m actually quite a bit more interested in collaborations than I am in doing solo albums right at the moment. I’ve done a big stack of solo albums, maybe I should give people a chance to deal with what already exists before I go adding more albums to the stack!

WPN: The Scambot story is very intricate and engaging. Do you have any plans for Scambot beyond the music albums? Perhaps an animated feature and/or film?
MK: I have had that desire, but as always the issue is funding, and finding collaborators with the combination of interest in the project and the clout to make things happen. So far I haven’t run into these people! But I’m very open to it. 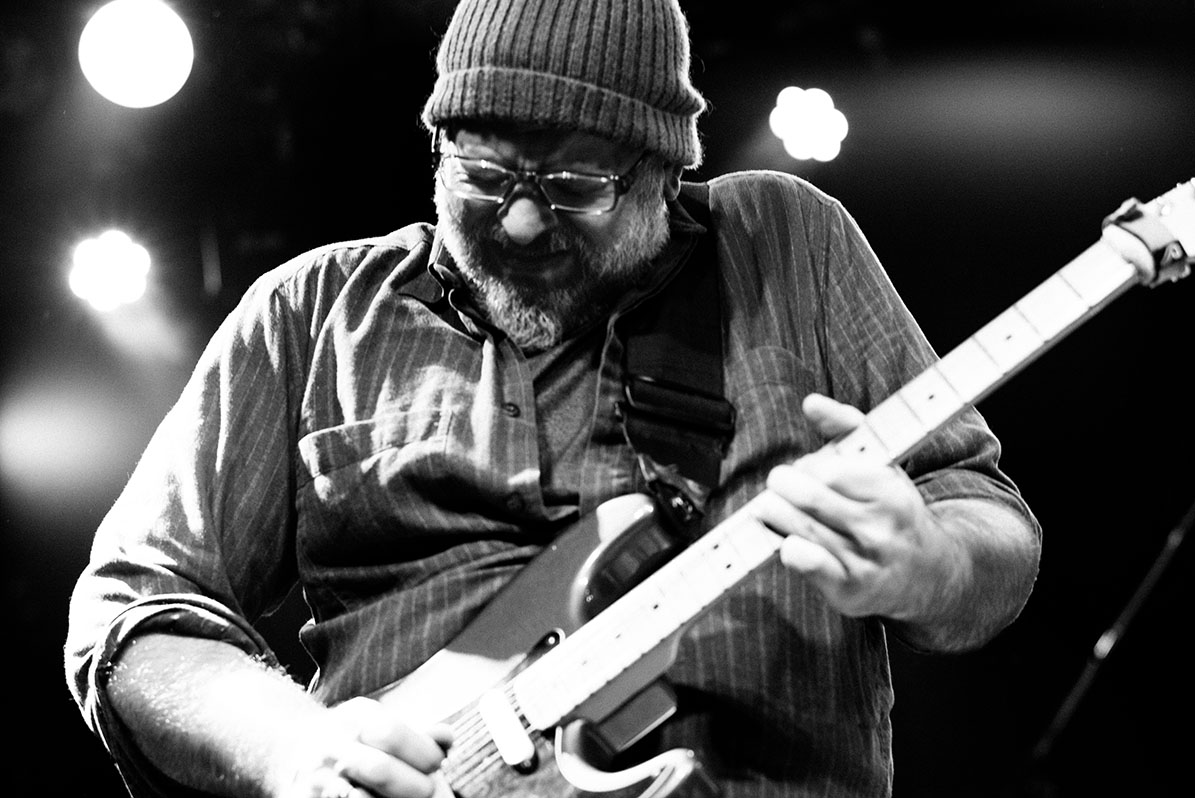 WPN: You are always playing somewhere and as a matter of fact just wrapped up some East Coast shows with Beer for Dolphins. What is your favorite part of playing live?
MK: I love the opportunity to explore my own material in front of an engaged and active audience, which provides a unique energy at every performance. I want to re-invent my songs every time I play them, and the thing that most gets me excited is when I hear myself play something I’ve never played before, or ideally never even heard before. It really helps to have the energy of new people around to make this happen. I also love the simple joy of interacting, improvising and rocking out with the guys in my band, who I’ve known for such a long time and love so much. When there aren’t technical issues distracting us, we have an incredible amount of fun onstage.

WPN: One of your projects, KMB (Keneally – Minnemann – Beller), also became Joe Satriani’s backing band (one of the best bands ever assembled in my humble opinion). How did that happen?
MK: After I’d been in Joe’s band for about three years, he informed me in 2013 that he was interested in taking on a new bassist and drummer, and could I recommend anyone? It was a no-brainer to recommend Bryan and Marco for the gig, and fortunately Joe was extremely open to the idea, to the extent of not even auditioning them – he simply told them when to show up for rehearsals. Fortunately it worked out!

WPN: Coming from previous lineups of the Satriani band, and augmenting the live sound by handling multiple instruments onstage, how do you approach your role as de facto Musical Director with musicians of such caliber?
MK: I wouldn’t describe myself as the MD of the Satriani band, I think that’s definitely Joe’s gig! Really I approach it as I do all the musical projects I involve myself with – trying to determine in the moment what is the most effective thing I can do to make that musical moment as strong and resonant as it can be. I use my ears and instincts and will adjust my part accordingly to try and help things come that much more alive. It can be a very subtle thing, maybe something almost imperceptible, but it might cause a ripple effect in the band that kicks things up to another level. That’s a joyful thing for me.

WPN: How did your involvement in Dethklok come about?
MK: My girlfriend Sarah and I were huge fans of Brendon Small’s “Home Movies” cartoon in the early 2000s. In 2006 I was working in the Netherlands, and Sarah got in touch to say “hey, Brendon is on MySpace, you should send him a message and say hi!” So I wrote him and said “you may not know who I am but my girlfriend and I are huge Home Movies fans and I just wanted to say hey, so, hey.” He wrote back: “Duuuuuuuuuuuude. HUGE fan. I was a student at Berklee in 1996 when you came and did a clinic. We should get together and hang out.” This was before Metalocalypse was even on the air. So we started hanging out, and soon afterward Metalocalypse premiered on Adult Swim and was a huge hit, and then the first Dethklok album of songs from the TV show was released and was the fastest selling death metal album in history – the whole thing just took off like wildfire. There was a demand for Brendon to form a band and do live shows as Dethklok. Brendon, even though he’s a brilliant guitarist and writer and vocalist, had never been in an actual band before! So even though I had no background as a metal player, he was eager to surround himself with people he knew so he’d feel comfortable in this new environment – unlike most people who start bands in total obscurity, he was thrust into a situation of having to deliver to a waiting audience starting with the very first note. I said “hey I’m not really a metal player” and he just said “hey you played with Zappa you can play anything,” so I just dove in and quickly had to develop a bunch of playing techniques I’d never used before. It was so much freaking fun – particularly, the tour we did with Mastodon in 2009 was an unbelievable amount of fun. We haven’t gigged in a long time and I really hope we get another chance to play because it is really just such a blast.

WPN: Your musical influences are very well documented. Is there any new music you are listening to nowadays?
MK: I do most all of my music listening in the car, and probably 90% of that music was recorded before 1974…but I have been consistently delighted by the things that Flying Lotus and Thundercat do, and Kendrick Lamar’s To Pimp A Butterfly and his performance on the Grammys last year gave me huge hope for the possibility of mind-blowing music still being possible on a mass-consciousness level. I am excited to hear the new Mastodon record – I’m actually playing keyboards on one track but I haven’t heard the album yet! Godsticks consistently puts out massively beautiful albums. There’s a pianist named Matt Mitchell whose music I love, and also Kimara Sajn (who also records as Polyethylene Pet and +1) is always releasing gorgeous, thought-provoking music. Phoenix are a seriously fun band so I’m looking forward to hearing their new one. I love Neil Young but still haven’t heard Peace Trail so that’s one I need to nab.

WPN: What’s in the horizon for Mike Keneally?
MK: I just came back from Vancouver where I was writing and recording with Devin Townsend, who is a brilliant creator of intense sounds, and we quickly put down around 20 minutes of new stuff which we look forward to elaborating on when there’s time. I’ll be in Europe this summer with my European trio containing Jaan Wessman on bass and Schroeder on drums (this trio used to be called Mike Keneally and Friends but we will be premiering a new name this year, yet to be decided). I’ll also be performing with Stuart Hamm and Chad Wackerman at a festival in Slovenia in July, and doing one Satriani gig in Brazil in August. I’ll be doing some West Coast touring with Beer For Dolphins in August, and we’re playing at Progtoberfest III in Chicago this October. I’m in a new band I’m very excited about with Kris Myers from Umphrey’s McGee, Ben Thomas and Pete Griffin formerly from Zappa Plays Zappa, and Jonathan Sindelman from the Alan White Band – we’ve been composing new material collectively, with an eye towards establishing a complete live repertoire before we start gigging – we’ve got a lot of stuff in the works and look forward to premiering that when the time is right. I’ve also been playing Cream covers with Ginger Baker’s son Kofi Baker and bassist Rob Pagliari from OHM – they are both incredible players and we have entirely too much playing those classic tunes live, and there’s some possible touring in the works for that. So all in all, I’ve been bouncing around a lot from project to project, and really enjoying that!

WPN: Thank you very much for taking the time to answer our questions. One last bonus question: Can you provide a comprehensive list of musicians who played in Emerson, Lake & Palmer‘s 1977 album Works Volume 1?
MK: Haaaa 🙂 If I remember correctly, that entire album was overdubbed by Roy Wood playing all the instruments. It took him a whole weekend to do the Concerto! 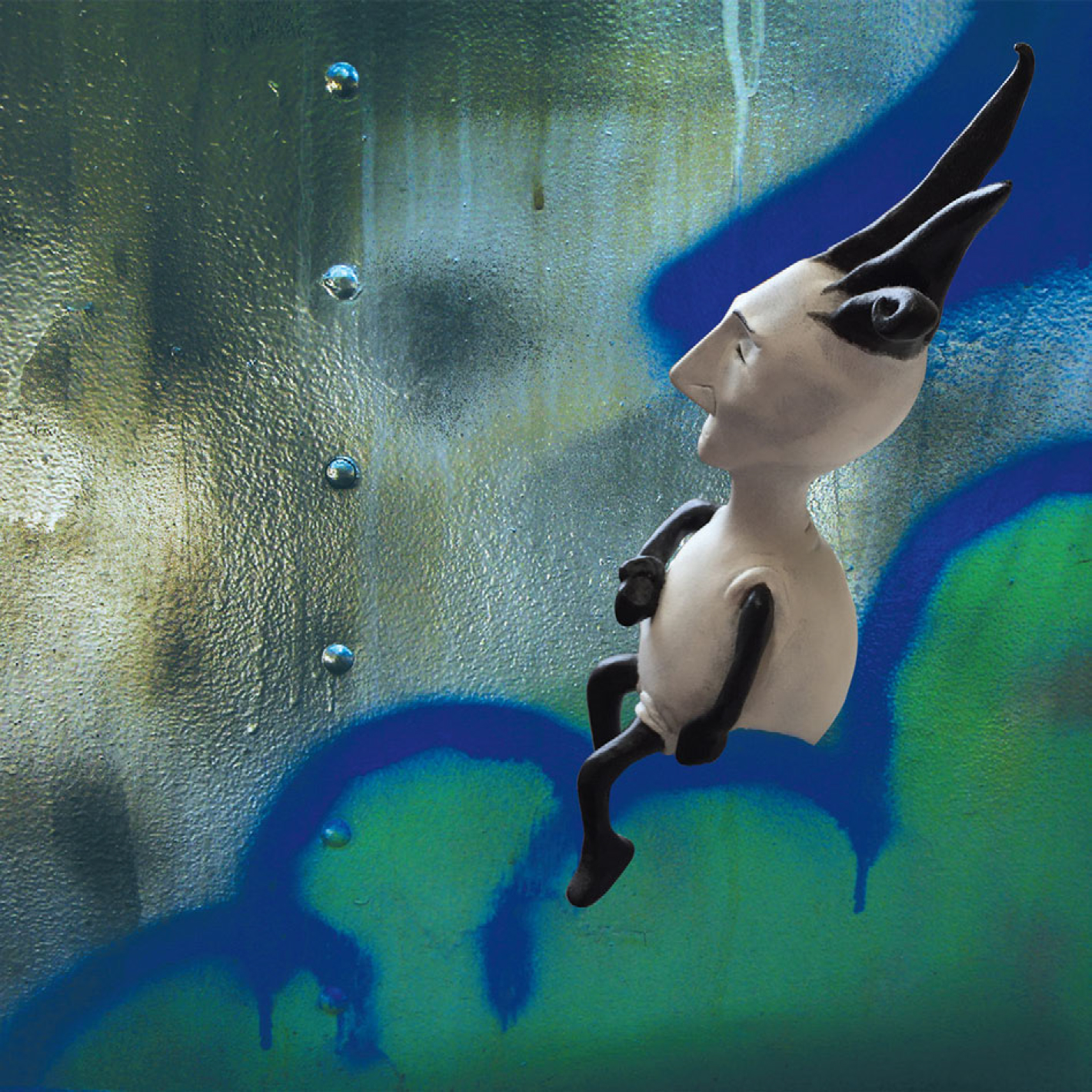 Watch Mike perform the song “Roll” from Scambot 2 on EMGtv