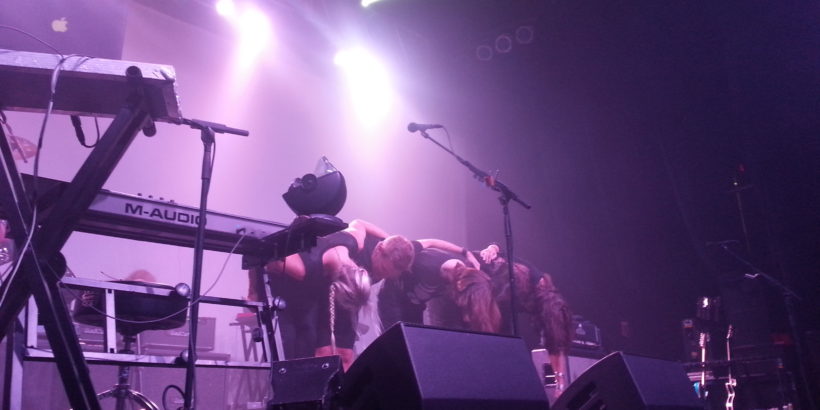 World Prog-Nation‘s own Christina Pritchett embarked on a most excellent adventure on November 17 to cover the Steven Wilson and band show in Atlanta, Georgia.  Here is her most excellent account! Make sure to leave your comments for Christina particularly if you were there!

A full day or two after the Steven Wilson show at Center Stage in Atlanta, Georgia, and I still have yet to fully process what was performed before me. The assault on my senses that was more than welcome, and might have left the slightest ring in my ear still (and robbed me of my voice).

Better to start from the beginning.

I saw Steven Wilson and his current lineup (Dave Kilminster, Nick Beggs, Adam Holzman, and Craig Blundell) perform this past March at The Vic Theater in Chicago, Illinois. That was an amazing show. I wrote a review for it on my personal Facebook page, as well as other social media platforms. Despite being sick, and having to cancel the show, it blew my mind.

If only I had known what awaited in the small venue that only seats 1,050 people.

Center Stage Theater is by far the smallest venue I have been to, but it gave a much more intimate performance of the grand show Steven puts on. A friend of mine went to the show with me (and was her first time seeing him perform), and we got there quite a bit early before the doors opened. We happened across Adam Holzman outside taking pictures, and saw Steven Wilson soaking up a bit of the Southern sun before the show. The other people who arrived early were all so wonderful to talk to, and friends were made.

Show time came at 7:30pm, with John Wesley opening the night with a few tracks off of his latest album a way you’ll never be… A simple set of just himself and his guitar, but not at all acoustic. It was powerful, and rocked hard. He’s a very talented guitarist/vocalist, and I would suggest to all reading this to check out not just his new album, but his back catalogue as well.

A few minutes passed before the big show began. The opening sounds of “First Regret”, the first track of Hand. Cannot. Erase., echoed through the small room while the visuals played in the background. I took my seat in the front row (lucky enough to get presale tickets), right in front of Nick Beggs, and was drawn into the performance the moment the band came on stage. Sitting didn’t last long, encouraged by Steven for the crowd to stand “though it is a long show”. The only times I took my seat were during the track “Transience” onward from there to the final track for H.C.E. “Ascendant Here On…” 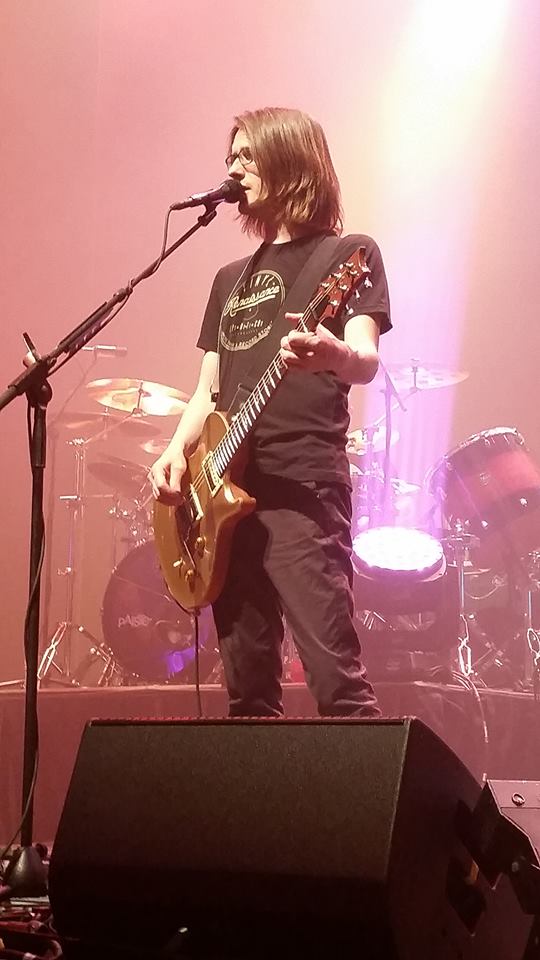 The show was split into two parts. The first part being Steven’s latest full-length album Hand. Cannot. Erase. cover to cover. “Beginning to end” as he said on stage, pointing from one side to the other. The banter was entertaining and enjoyable as always. Joking with the band, as well as the crowd. The second half was a wide range of song spanning his twenty year back catalogue. Porcupine Tree tracks such as “Dark Matter” from Signify, and “The Sound of Muzak” from In Absentia. Classic solo songs like “Harmony Korine” from Insurgentes, “Index” from Grace for Drowning, and new songs from the 4 1/2 EP “My Book of Regrets” and “Vermillioncore”. He dedicated the song “Lazarus” to the late David Bowie, and performed “Sign ‘O’ The Times” by Prince in memory of him. Prefaced with a touching bit talking about how Prince was one of his (Steven’s) idols, and the kindness of the promoters who gave him an all access laminate from the last show Prince played (which happened to be in Atlanta.)

The chemistry on stage was the best I have ever seen. The sound was phenomenal, and visuals were stunning as always. Watching the guys all try to make the other laugh, be it Nick Beggs eating and playing with his plastic spoon, pulling faces to make Craig laugh, or attempt to make out with Dave’s guitar (looking at you Mr. Beggs) behind Steven’s back…I have never found myself laughing as hard as I did at this show. 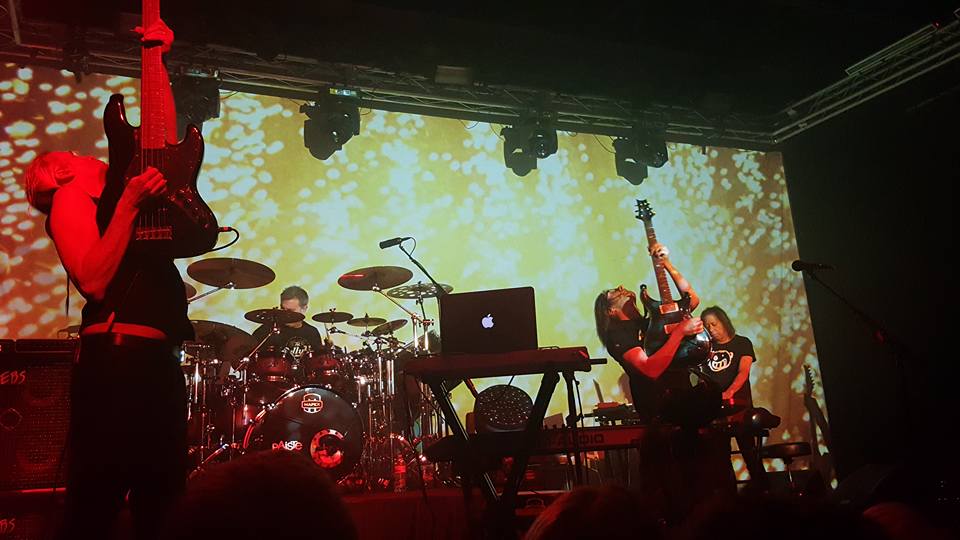 My friend was equally blown away by the show, and agreed to staying after the show. Not just to let traffic thin from the garage, but on the off chance of seeing the guys one last time. The wait paid off, with Craig appearing first. He stood outside and talked with the small handful of us still left for a few minutes before parting. The cutest moment happened with a little boy asking for a picture, and Craig sitting him atop his luggage for it. Nick was next out, the bus pulling a fast one on him and moving when no one was looking. Steven came next, signing a few things and posing for pictures. Dave appeared after him, and Adam soon after. Dave stuck around and talked with us for a while before we had to leave for the two hour ride back home.

In total, the show once again blew my mind, and has left me reeling. These are top notch musicians who, when put on the same stage together, will proceed to amaze and put you in a state of awe. These artists are passionate about their work and skills, and it shows in each chord and note played. People who truly love what they do for a living.

This is the last leg of the Hand. Cannot. Erase. Tour, spanning nearly two years. I am both sad to see it end, but excited for what the future holds. Perhaps a new album next year, so to give some fresh material for 2018? Who knows.

Many thanks to the amazing Dave Kilminster for taking the time to speak with me while they were in Atlanta! I’ll be transcribing our conversation over the next few days, and turning it into an article for you all to enjoy. 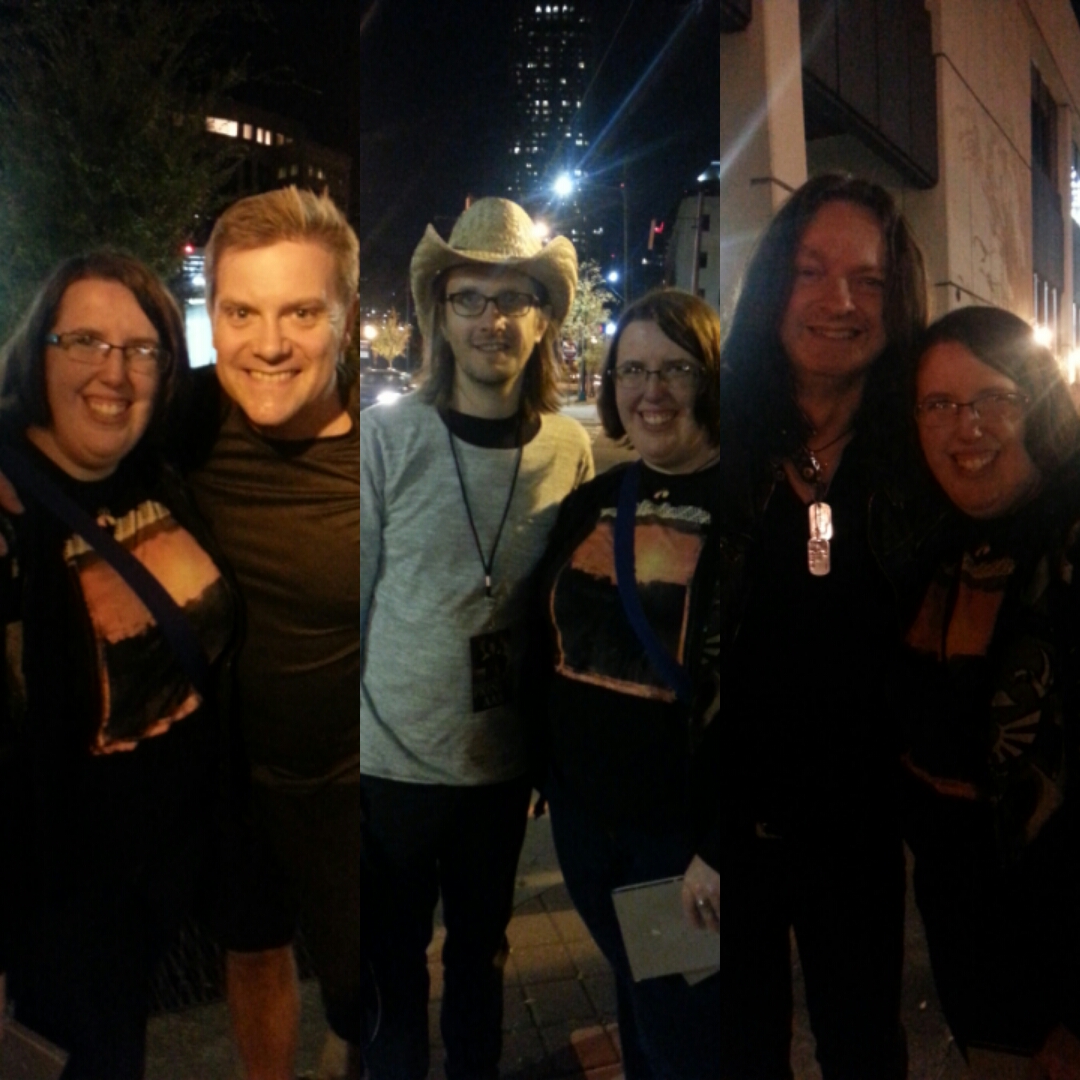