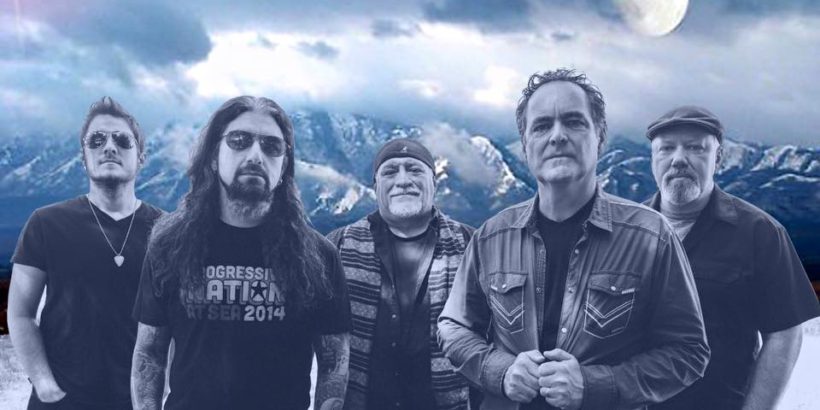 the new track from the band’s upcoming album can be streamed below. the track features on the upcoming double-CD concept album “The Similitude Of A Dream” which is set to launch on November 11th 2016. The new single follows the release of a lyric video of the song “Long Day/Overture”.

the band features Mike Portnoy on drums, Eric Gillete on guiter, Bill Huebuer on keyboards and Randy George on the bass, along with Neal Morse. Mike Portnoy hailed this follow up to 2015’s “The Grand Experiment” as the top acheivment of his career. he comments: “I’ve always had a soft spot for double concept albums such as Pink Floyd’s The Wall and The Who’s Tommy– and I can bravely say that I think we’ve created an album here that can sit side by side with those masterpieces.

“Bold words, I know, but after a career of almost 50 albums, I honestly consider this to be one of the defining works of my career.”

“I honestly think this is the album of my career. Neal and I have now made 18 studio albums together, and I consider The Similitude Of A Dream the absolute creative pinnacle of our collaborations together.”

he adds later on: “OMG…I am BLOWN AWAY….
I know I’ve been posting teases for months throughout the making of this album, but I just spent the last 1hr & 50mins listening to the completely finished, final mastered new Neal Morse Band double concept album in its entirety and I am completely FLOORED…

By the time I was rounding the album’s grand finale, the goosebumps were so overwhelming I actually uncontrollably wept like a baby!!! (I swear…..)

In my 30+ year career, I consider myself to have made 2 masterpiece concept albums: Dream Theater’s Scenes From A Memory & Transatlantic’s The Whirlwind…

Ladies & Gentlemen, In my opinion, we have ABSOLUTELY TOPPED them both! THIS is THE ALBUM of mine (& Neal’s) careers…it’s is so monumentally EPIC and perfect in every way….”

“The Similitude Of A Dream” will be available on 2CD, on triple vinyl and on a special adition that includes the album+ “The Making Of A Dream” DVD that features the making of the album.

the band will go on tour starting January in Nashville- Neal’s Home Town.
these are the dates:

The Neal Morse Band The Similitude Of A Dream tracklist