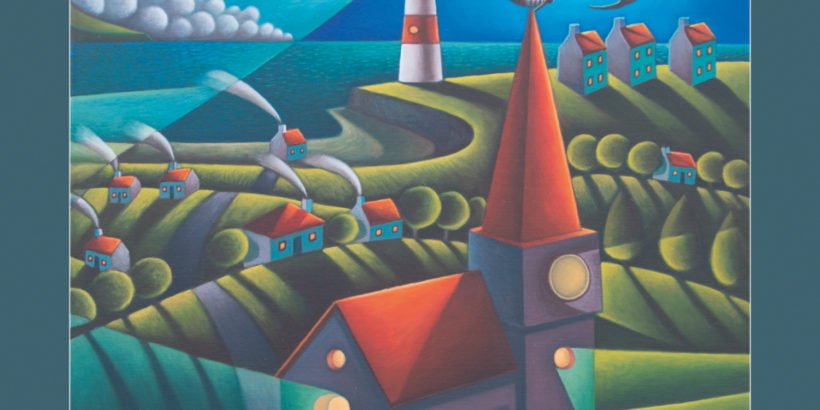 If you do not have a favorite 2017 album yet, it is very likely that Caligula’s Horse’s latest album In Contact will convince you.  If you are not familiar with this Australian band, you are truly discovering something special!  Caligula’s Horse participated in the recent and acclaimed acclaimed “Be Prog My Friend!” festival in Barcelona, Spain sharing the bill with artists such as Mike Portnoy’s Shattered Fortress and Devin Townsend.  Caligula’s Horse achieved increased notoriety with their previous album Bloom (2015) (actually their third). With its follow-up, In Contact (2017) the band continues in the path of musical excellence.

In Contact is generally heavier than its predecessor Bloom.  The band incorporates all the necessary ingredients that make a Progressive Metal classic, including a strong concept: an artist struggling with his alcoholism, his need to live, and who paints day by day in order to survive. However, in the interest of giving you no spoilers, this review will not include any description of the storyline, that way you can discover it on your own.  What we will talk about is the music, in which the band’s varied influences from Dream Theater to Tool are apparent.

“Dream the Dead”: The album begins with a rather sticky melody, syncopated chords and djent brushstrokes but without overdoing it.  This track is a great starting point for the album.

“Will’s Song (Let the Colors Run)”: This is the first single from the album, which gives us an idea of the album’s musical direction.  Great song!

“The Hands are The Hardest”: Personally this is my favorite song.  It is the most melodic song of the album with a rather catchy rhythm.  Jim Gray’s voice makes this song perfect.

“Love Conquers All”: It’s time to slow down things down a bit.  This is a song with a rather emotional melody.

“Songs for No One”: Back to heaviness! For me, this is the song with the best single potential from the album.  Awesome tune!

“Capulet”:  This is another soft song that features acoustic guitars.  This song is as beautiful and emotional as “Love Conquers All”.

“Fill My Heart”:  This is my second favorite song on the album.  It features a strong, heavy intro, although the song maintains a rather mild but interesting melody that brings out all of the song’s details

“Inertia and the Weapon of the Wall”: This is a moving, courageous speech!

“Graves”:  The album’s closer at over 15 minutes long.  This song features many textures and melodies that provide the perfect balance to the album’s conclusion.

In short, In Contact is a must-listen.  Easily a candidate for Album of the Year honors!