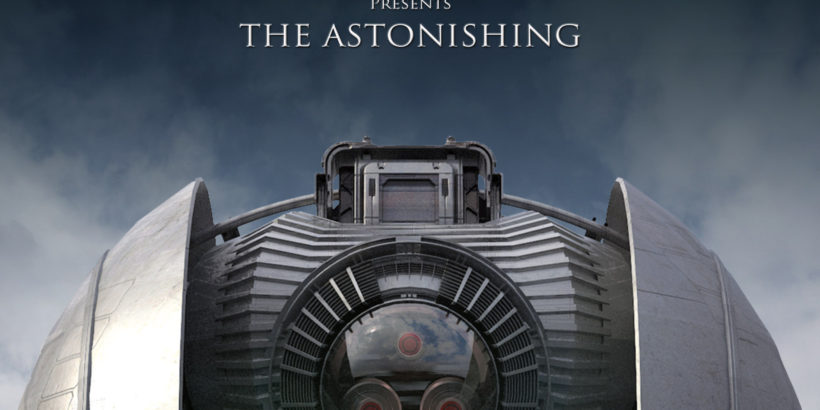 Roughly 2 years ago, Dream Theater put out their 13th album, a 2-hour concept album called “The Astonishing”. In many interviews, the mastermind behind the main story and the band’s guitarist John Petrucci, has made it clear that he is interested in taking the original story and developing it in many creative forms and platforms. He talked about a game based on the story, a musical and even a full book. Since then, the band has taken the story on the road with “Dream Theater Presents: The Astonishing”. The story and the music was played live in full all over the world. The story then took on another form, when a game based on the album was released.

“The Astonishing” game is based on the album’s story, setting, and characters, giving players an opportunity to further experience the world of Ravenskill and the G.N.E.A. The game shares core gameplay mechanics with Turbo Tape Games‘ critically acclaimed “UHR: Warlords”, with several enhancements.

But now, It seems that the story will be made into a full book. Peter Orullian, is writing a complete book based on the story presented in “The Astonishing”, and he’s doing it in full collaboration with John Petrucci. “The novel, builds on the story rendered in The Astonishing, the ground-breaking concept album by the kings of progressive metal, Dream Theater. The novel adds new plot lines and intrigue, additional characters and motivations, as well as explanations and ideas not explored on the album. ”

He’s been offering updates in his facebook page: “Okay, Astonishing fans, Heavens Cove climax stuff happened today. But one of the main conflicts doesn’t go down the way it did in the original synopsis. Old vs. new, sort of. You’ll see. Was fun to write. A couple of days and the draft will be done.”

“Another three hour phone conversation with Petrucci last night, going over stuff for the book, but also just talking about this that and the other thing. Awesome getting to know this guy more intimately. He’s as cool as you imagine he is.”

” Peter Orullian has worked at Xbox for fifteen years. He’s toured internationally with various bands and been a featured vocalist at major rock and metal festivals. He studied voice with David Kyle, vocal trainer to Geoff Tate, Layne Staley, Ann and Nancy Wilson, and others.

Peter is an award-nominated fantasy and science fiction writer, noted–among other things–for the powerful and lyrical way he weaves music into his stories. His work has appeared in a number of major anthologies, and his fantasy novel series is published by Tor Books. He recommends, if you’re a novel reader, that you begin with Trial of Intentions. If you like shorter fiction, he suggests The Sound of Broken Absolutes. Both of these feature Orullian’s music magic system.”

More info about the author and the content of the book can be found in his website.

“The Astonishing” was released on January 29 via Roadrunner. Recorded at Cove City Sound Studios in Glen Cove, New York, with John Petrucci producing, studio luminary Richard Chycki (AEROSMITH, RUSH) engineering/mixing and legendary arranger, composer and conductor David Campbell orchestrating, “The Astonishing” paints a tale of a retro-futurist post-apocalyptic dystopia ruled by medieval style feudalism. It’s a place aching for a Chosen One to rise above the noise and defeat an Empire defined by the endless drone of noise machines and the illusion of safety in bland conformity.