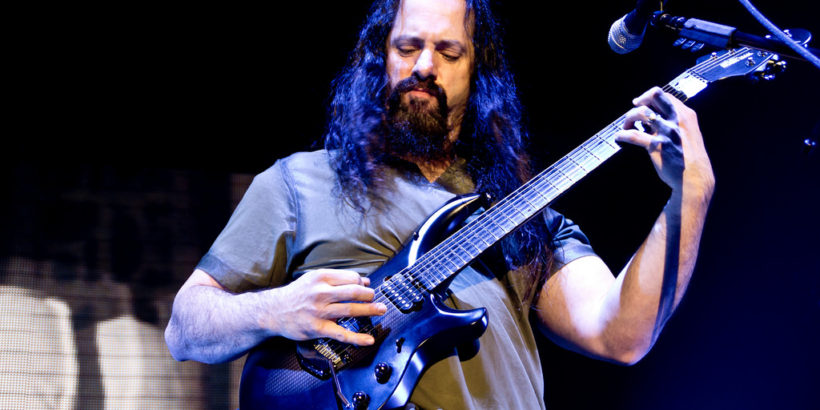 John Petrucci sat down with Andertons Music Co a couple of months ago to play guitar and answer questions. They also talked about the possibility of a new JP guitar model with 8 strings:

“In the same way back in 1994 when ‘Awake‘ came out, when I got that first seven string – literally in the studio, in front of the guys, ‘Hey check this out!’ – we started writing, and that music came out of me playing that guitar; I want to approach the 8-string the same way.

“So it’s something we’re developing now. There’s no schedule. When it happens one day and I get it, I want to be in the studio, pick it up, start writing, see what happens, and not really think to much about it.”

Most fans don’t know that the 8 string model of John Petrucci’s guitar is in development  for many years now. It was first revealed by Music Man’s President Brian Ball 2 years ago. While answering questions on reddit’s AMA, he was asked the following question: 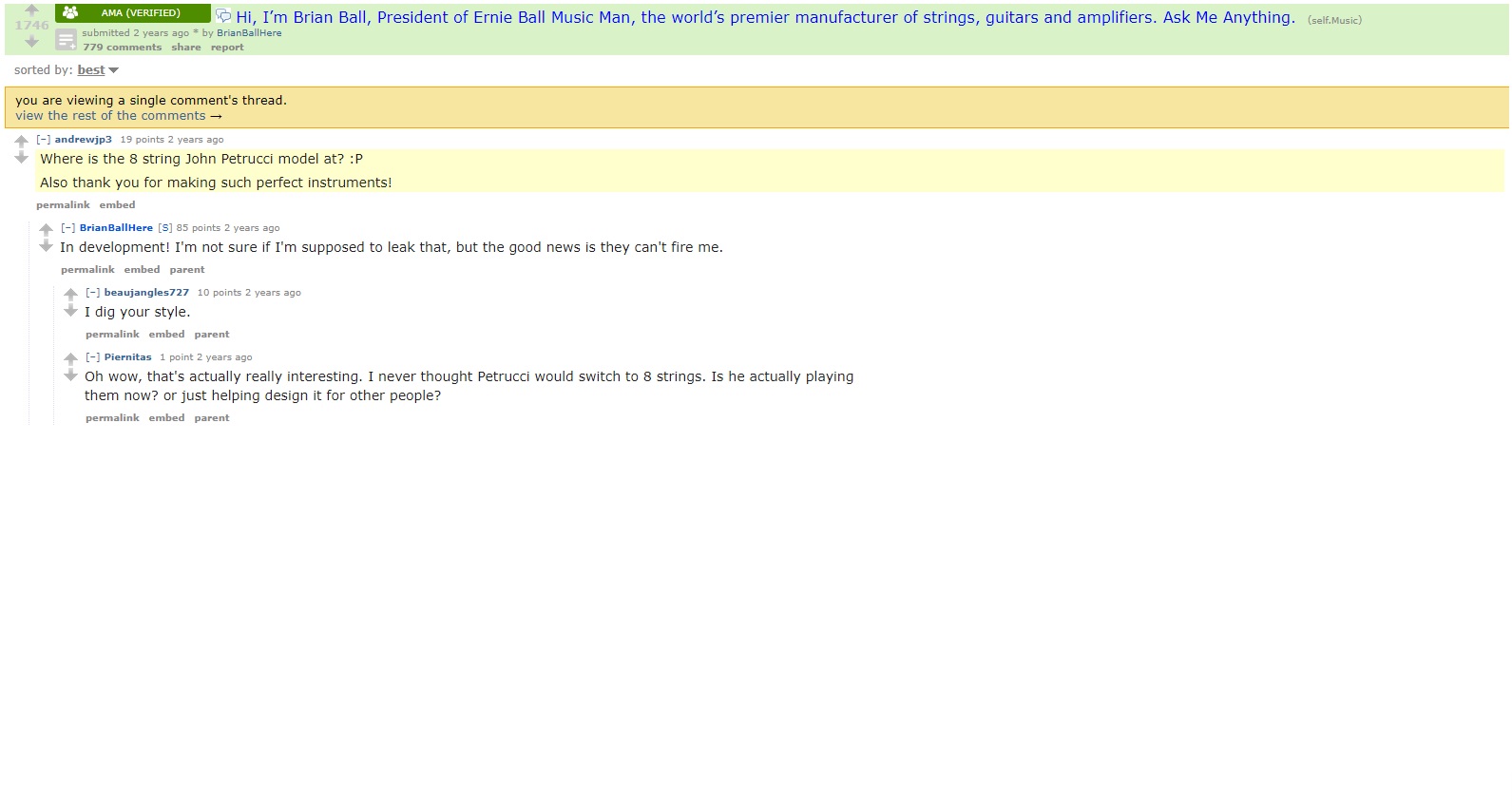 asked “where is the 8 string John Petrucci model at? “, he answered: “In development! I’m not sure if I’m supposed to leak that, but the good new is they can’t fire me.”

Also, John was interviewed by GuitarManiaEU 2 years ago and talked about working on and developing an 8 string guitar:  “Yeah, I thought about it, I think that’s something we’re going to develop…. I mean it would be nice to have some extra range, so that’s something that we’re talking about developing, and I think it would be a unique addition to the line [of guitars] as well….”

So, although It’s in development, I wouldn’t expect it to be featured any time soon, since it’s already in development for a couple of years now. In the recent interview, John talked about how he wants writing with an 8 string guitar to be very organic:
“That was when we went into the writing sessions for ‘Awake’ album. We were in NYC, I got delivered to me a Steve Vai seven string, that was the only one that was really around.

“It was black with green pickups, and I picked it up and we wrote ‘The Mirror’, which is on that album.

“The way that I kind of look at seven string guitar, eventually 8 which we’re working on… [Laughs] The way that I approach it is an extended range of the instrument.

“So anything I would play on a six-string is I was doing a line, and let’s say that line was in C#, and you know… *plays ‘Change of Seasons’ riff* I wanted to do something like that, but it sounded too wimpy down here. *plays the same riff an octave higher, and then the right way to show the difference*.

“It just gives me more range. I mean, John Myung plays six string bass, he’s able to go down there, so why can’t I?”

In other news, Dream Theater just announced bringing their “Images, Words And Beyond 25th anniversary tour” to North America as a final leg for the entire tour: “Like previous legs, the show will be presented as an “Evening with Dream Theater,” with no opening act. The tour will feature an unparalleled live set of Images & Words in its entirety, along with fan favorites from their deep, widely-acclaimed catalog.”

playing “Images & Words” in it’s entirety every night has proved to be quite challenging for James Labrie, and they’ve been playing the entire album a half step down to help cope with the vocal range that these Dream Theater songs are originally written in.  On previous tours they would play these songs every other night, since singing these songs every night could take it’s toll on James’ voice.

James talked about that a few years ago in an interview with Prog Sphere: “…to sing those songs every night and all those sections would’ve been extremely taxing on my voice. But the way we like to work it out now, like doing Learning to Live and doing all these songs where I’m singing like F#s and stuff like that, is, „let’s put that in the set, but I’ll sing it one night here and I’ll sing it another night here, but I won’t sing it every night.“ – and that way, I can do the whole frickin’ tune.”

but this time around, since they have to play these songs every show they’ve decided to take them down a half step. you can check out the difference in sound here:

“Pull Me Under” in the original key: