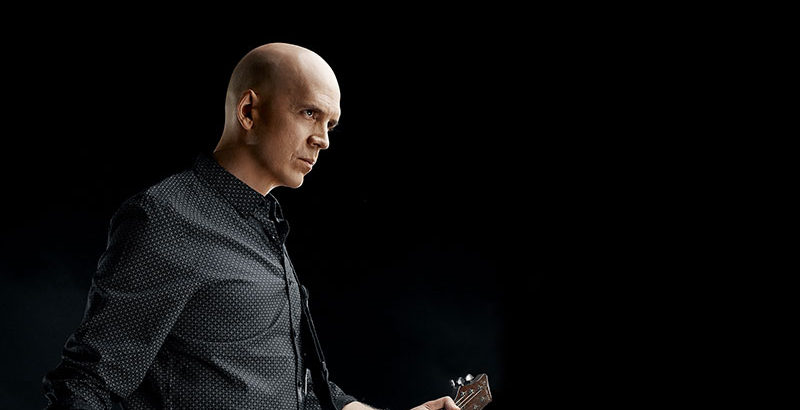 Devin Townsend recently had a talk with music radar about various subjects. In the interview he revealed the nature of his relationship with the guitar as a guitar player, naming it “his biggest weakness”: “My biggest weakness as a guitar player is that I am not truly connected to the instrument. I have viewed it as a tool and a means to an end from the very beginning. So when I see players like Jeff Beck, guys for whom the guitar is an extension of their personality, that is something that I don’t have.”

he adds: “”For me my connection to the instrument is that it is like a pencil to me. That led to my biggest strength as a guitar player which is that my vision musically is singular enough that when I have an idea I can get it out.”

The writing approach taken in his new album “Transcendence”,  was different from previous albums- this time around the other band members were also involved in the creative process and the writing of the songs:

“It was very interesting to collaborate in songwriting with the other guys in the Devin Townsend Project on our new album [Transcendence]. It was scary because I hadn’t done that for a long time.

“I really appreciate those guys. I realized that my need to control people and other musicians can be rather counterproductive. But, to be fair to myself, in the past I have experimented with letting go of control and it has blown up in my face with the record sounding poor.”

Devin Townsend’s new album, Transcendence, is out now on Inside Out.

check out the making-of documentary of the new album: