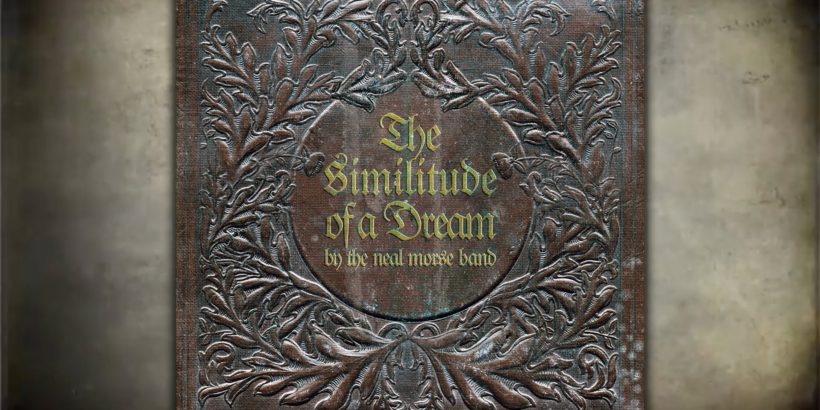 Not sure how to begin… when we got the album for review i had only one question in mind: will the album live up to the high expectations?  Well…YES!  This album is a success on every level. Every time Neal Morse or Mike Portnoy put out a new album it has to stand up in comparison with so many great albums in their catalog, and i think this album sets a new standard for prog albums and concept albums in general. It’s not just a concept album, it really is a listening experience. This is a very long review describing my experience listening to this album so let’s just start off with the fact that i think this is THE album of the year!

The Hype is definitely real. There are two reasons why this album is so mind blowing:

At first i was pretty worried: how the hell is this album going to live up to it’s expectations when MP himself says it’s the album of his career and that it surpasses concept albums like “Scenes From A Memory” and “The Whirlwind”? But, at the same time i knew this album has to be pretty special since MP is not one of those musician that says “it’s my best work!” on every album he creates.

The feeling I got from listening to this album for the first time was the same feeling i got when listening to “Scenes From A Memory”. The feeling is that it’s hard to appreciate the album in full before understanding the story, listening to it a couple of times and really understand everything that’s going on, but because the songs are so strong, the first experience was so enjoyable, i didn’t even want to finish it- i wanted it to last longer. Like any other concept album only after the second or third listen i was able to fully appreciate the genius of  it as a whole. All I can say is that this is probably their best work to date. Time will tell but this album, to me stands easily beside the great “Scenes From A Memory” and “The Whirlwind” and even surpasses them.

The length is no issue when every song on there is so strong on it’s own. A concept album can only succeed if it has a great story and great songs. I wouldn’t have given up on even one song in the album, it fits like a puzzle. While some artists can make the usual mistake of adding songs that act as “fillers” that are at best average and unneeded, this album managed to create the experience without any filler at all.

So let’s talk about the album: this album was created by The Neal Morse Band, which includes Mike Portnoy, Randy George, Bill Hubauer and Eric Gillette. each of them are amazing players and composers, and each of them leave their own mark in the album. Eric Gillette is an absolute stellar musician. He has a great voice and his playing is just what this album needed. His emotional solos take the songs to a whole new level and his singing is a great addition to the album as well. i really like his unique warm voice. When you have multiple singers on a concept album the story can be portrayed in a much clearer way.

Bill Hubauer like Gillete is an amazing musician, both capable of playing almost any instrument and as a composer. His playing can get really emotional at times.  His playing and singing on the song “The Ways Of A Fool” is inspiring and it’s such a cool song, The approach taken is really special and his singing fits like a glove. He’s really gifted and his playing and songwriting only adds to the experience of listening to the album.

Neal Morse…. what more can we say? Easily one of the most gifted composers of our time. Mike Portnoy once said that he puts Neal along with writers like John Lennon and Roger Waters and I agree. I love the way he writes music. It’s so iconic and recognizable, and that’s a hard thing to achieve- to have your own sound. His writing on this album is no exception.

Randy George is one of my favorite bass players. His partnership with Neal is an amazing thing and his playing definitely sticks out in this album and His approach to writing and playing is truly one of a kind and inspiring. There’s no replacement!

Last but not least is Mike Portnoy.  He’s a man with a clear creative vision, and a true inspiration to anyone playing with him. You just know that when MP is writing a record with a band that it’s going to turn out great. To me, there’s not one bad album throughout his catalog, and that sure put a lot of pressure on this disc to live up to the expectation of being “the best of his career”. His partnership with Neal produced so many great albums, and this one can even be at the top of them. As always his drumming has a clear presence and his singing in songs like “Draw The Line” just fits to the attitude. The work he’s doing in all of his projects really does keep getting better and better.

The “Similitude of a Dream” is loosely based on the book, “Pilgrim’s Progress” by John Bunyan published in 1678 and chronicles the spiritual journey of a man to deliverance.  The plot centers on his journey from his hometown, the “City of Destruction” (“this world”), to the “Celestial City” (“that which is to come”: Heaven) atop Mount Zion.

The album clocks in at 106 minutes of new music. It’s just the essential prog album. The movements, motifs, the way of playing and singing is just what you’d expect from this epic 5 piece band. I love the addition of the 12-string guitar at certain songs. The versatility of all the different sounds on the album keep it interesting at all times leaving the listener wanting for more. I was a bit concerned when I saw the length of the album but there’s not one dull moment.

The album is opened with two songs: “Long Day” and “Overture”. These songs starts off the musical journey and presents all the different repeated motifs and movements that appears throughout the album. These themes connect really well. Some bands create themes that when presented in an overture, sound separated and confusing, but this is not the case. The themes flow into each other.  The song “Makes No Sense” features a cool melody and unison singing that further intensify the sounds. The Song “Draw The Line” has a great metal opening riff and is very versatile when switching different vocals of Mike Portnoy And Neal Morse and when it turns from hard rock to a soft song in the middle.

“Back To The City” is a very bombastic and dramatic song, featuring the 12 string guitar and several themes that appear throughout the album. “The Ways Of A Fool” is such a great prog song, where Bill Hubaur takes lead on the vocal. There’s great backing vocals that reminds me of a Spock’s Beard accapella style- very proggy.  “The Breath Of Angels” is this epic track, closing the first disc. It’s so moving and emotional it’s a great closer, and then you remember there’s a whole other disc!

The second disc starts with the song “Slave To Your Mind”, really like this song, it builds up the story after the first musical climax of the first CD with “The Breath Of Angels”. “Shortcut To Salvation” is a wonderful positive ballad that reminds me a little of Neal Morse’s “sing it high” it has a great heart warming melody. the vocal collaboration between all the great singers in this band is unbelievable, it sounds so good.

“The Man In The Iron Cage” HOLY SH*T!   It’s opening riff is so groovy and cool!!  It’s definitely one of their strongest songs. “Freedom Song” is also a very positive ballad in the style of “Shortcut To Salvation”. “The Mask” starts with one of the most beautiful piano intros. Bill’s playing here is GREAT. Very very emotional track as we begin to approach the end of the album.

The album then follows with two songs: “Confrontation” and “The Battle” that intensify the mood .  As we’re reaching to the album closer: “Broken Sky/Long Day(Reprise)”,  this is emotional climax of the entire album. Every concept album has to have a great closing song, and this one is definitely no exception. “Your love has made the broken sky turn blue”. The melody of the song and it’s lyrics create a great conclusion to this story and experience which i can definitely understand why Portnoy said he cried when he heard the ending of this album. A proper ending to an amazing album.

To sum things up, there isn’t something bad i can say about this. It succeeds in every way. This Is THE album of the year. You won’t regret picking up this disc as it’s definitely living up to the hype. This album will definitely be remembered as one of their best of not even the best album in their career.