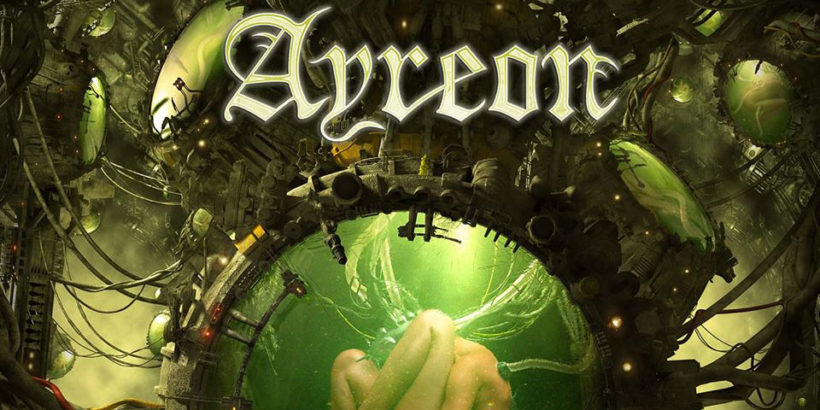 We got the new Ayreon album for review a few weeks ago. When I get a new album for review I usually wait less than a week before I post my review on it. this time I actually spent a lot of time listening to it over and over before posting my review, and it let me form a solid opinion about it. after knowing every song I can honestly say this is definitely one of Arjen’s best albums yet.

I started listening to Ayreon a few years ago, when he released The Theory Of Everything. The First album you hear always has a special place in your heart, and this was no exception. It was hard getting into at the beginning, but after a few listens and actually reading the story as I listen to the songs, I was blown away. I had no Idea a concept album can be so detailed, with characters that has so much depth and meaning. After that album, It was like binge watching- I started to listen to every album one by one, getting to know the magnificent Alien Saga that came before The Theory Of Everything.

This album, while very different from the last one, is also very different from all of his catalog. It’s much more aggressive, while remaining not too dark. The Source, provides once again an amazing, and interesting story- along with an amazing cast of singers. The album features hard riffs along with beautiful melodies you can’t help but sing along to. Even if you don’t want to get into the guts of story, the music (as always) also stands on it’s own. The album definitely flows well and there’s not even one bad song on it. If you like the more aggressive side of the Ayreon project then you’ll love the album. Still there’s no shortage in emotions and mellow moments.

The cast is one of the strongest ever to be featured in an Ayreon project. There are pros and cons when deciding to cast 11 singers. On one hand, there’s much more diversity and interesting moments, when different singers display their vocal abilities. Emotional moments can be intensified with many different singers. Still, when there are many singers, there’s less depth to each character. It’s certainly a give and take, and after the last one that only featured 6 (incredible) singers it was nice to hear Ayreon with a full blown cast of amazing singers.

So let’s talk about the singers. In My opinion, one of the singers that stands out the most is the great Mike Mills. His abilities continued to amaze me in every song he was featured in. His role in the album and the character he played was so original, and no one else could’ve done it the way he did. So I think he’s definitely one of the trademarks of this album. The return of Tommy Karevik was also a great surprise. He’s performance brought so much emotion and power to the character.

Now let’s talk about James Labrie. His role in this album is completely different than the one he had back in The Human Equation. The most noticeable thing is, the casting itself. Arjen gave James the place to show his emotional, soft melodic side. He opens many of the intros, with a beautiful, emotional voice, that’s super distinctive. He sang his parts perfectly. also, one of my favorite vocal performances in this album was of Michael Eriksen of Circus Maximus. I really love his voice. Very powerful and distinctive.

It’s clear that Arjen chose an amazing cast of singers for this album. Each singer adds to the depth of the album and to the performance of the entire album.

The listening experience itself is so fun, the album ends before you know it. If you ask me, It’s a bit too short, but that’s a very little flaw. Arjen’s decision to go back to the beginning, offers a fresh approach to the whole Ayreon saga and keeps it interesting.

Let’s talk about how the singles compare to the entire album. The Opening Track, “The Day That The World Breaks Down” is, in my opinion the epitome of Ayreon music. it feature all the singers and all styles. It has heavy moments, soft moments, aggressive moments and emotional moments.It’s a great representation of the entire album.  “Everybody Dies” is, in my opinion one of Arjen most original and creative songs. It was a bit weird at the first listen, but after a few listens I was hooked. It’s very creative and fun. “The Source Will Flow” is one of the more melodic, calm songs in the album. and “The Star Of Sirrah” is one of these songs that you immediately love when hearing it for the first time. It’s pretty catchy and aggressive.

To sum things up, This is a worthy addition to the Ayreon Catalog, and it is in my opinion one of his best. The music’s amazing and diverse, the style is very cool, the cast of singers is absolutely incredible and the story’s really great